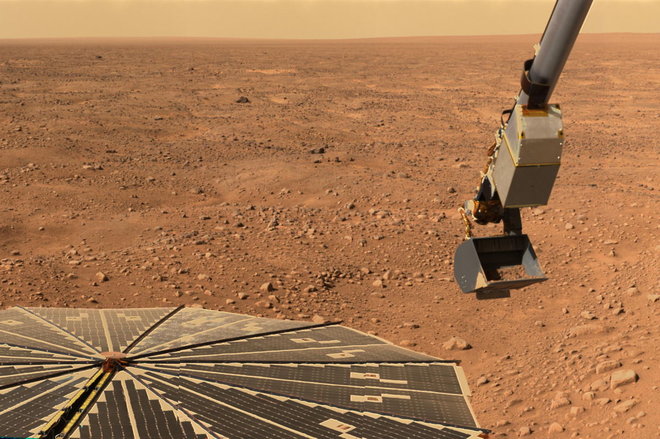 Researchers fear that Mars is not suitable to be colonized. Recent discoveries suggest that the Martian soil is much more toxic than previously believed and could make it impossible to develop life forms and colonize the planet.

In the soil, there are large amounts of perchlorate, a very toxic substrate that is activated by sunlight. Everything is sterilized by this toxic compound, so life forms have no way to develop.

The study was conducted by Jennifer Wadsworth and Charles Cockell of Edinburgh University. Prior to this study, scientists believed that perchlorate can only be activated in the presence of heat. Mars is a cold planet, so no one thought the presence of this toxic compound could pose a problem here. The researchers’ conclusion brings a hole new sack of questions for those who hoped to discover life on Mars or for those who are trying to colonize this planet. Perchlorate is also activated by the sunlight, not just the heat, and then the situation changes radically.

In an experiment, Jennifer and Charles reproduced the Martian environment and watched what happened to a bacterium in the presence of perchlorate and solar light. Within minutes of the activation of perchlorate, the bacteria died.

“If you’re looking for life, you have to additionally keep the ionizing radiation in mind that can penetrate the top layers of soil, so I’d suggest digging at least a few meters into the ground to ensure the levels of radiation would be relatively low,” said Jennifer Wadswort.