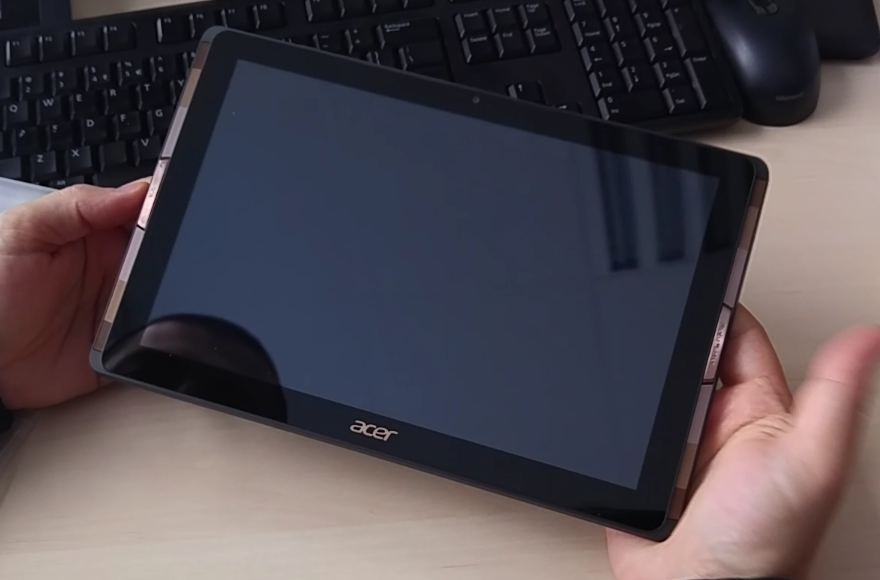 These days, we had the pleasure of testing Acer Iconia A3 A40 for few hours. Ever since the unboxing, we understood that this tablet offers more than we have paid for in terms of details. Acer Iconia feels like a premium product, the quality of the build materials and finishes are really nice.

Acer Iconia A3-A40. The display
But what really shines is the 10.1 inch display having a resolution of 1920 x 1200 pixels, that’s 224 ppi pixel density. For around $200, you can’t really get a tablet with a better display. It’s far better than most of the tablets you can buy in this price range. I loved the color reproduction and the way Youtube videos look and run when you play it.

Acer Iconia A3-A40. The speakers
Acer tried to market this tablet as a device with great sound system. There are four front facing speakers and multiple EQ presets that can be switched from one button. My own conclusion is that the sound was stereo and… that’s it. I was expecting better sound quality and volume from this one.

Acer Iconia A3-A40 features
Under the hood we find a Quad-core Cortex-A53 processor clocked at 1.3 GHz and Mali-T720 MP2 GPU. The internal storage has 16/32/64 GB that can be extended via microSD card and there is 2 GB of RAM on board. This mid-range configuration is reflected in the price, but also in the performance. Everything works great, but when I was opening and running apps, I couldn’t help but notice that it’s slower than other Android tablets on the market like Samsung Galaxy Tab S2. Compared with Samsung Galaxy Tab S2, it also feels a bit heavier.

Acer Iconia A3-A40 review. The camera
The primary camera has 5MP, the secondary camera has 2MP. Nothing to complain here, the captured images are decent.

Acer Iconia A3-A40 review.The battery
The internal battery has a capacity of 6,100mAh. In our tests, we have managed to drain the battery from 100% to 50% in 2 hours of heavy use (we have installed few apps, we have run few games and we have used it for browsing and social networking). You should expect the battery to last up to 5 hours on fair use.

This affordable tablet runs Android OS, v6.0 (Marshmallow). What’s cool about this tablet is the fact that it features a HDMI port. This is really helpful if you plan to connect the tablet to a TV and play movies from Kodi (for example).