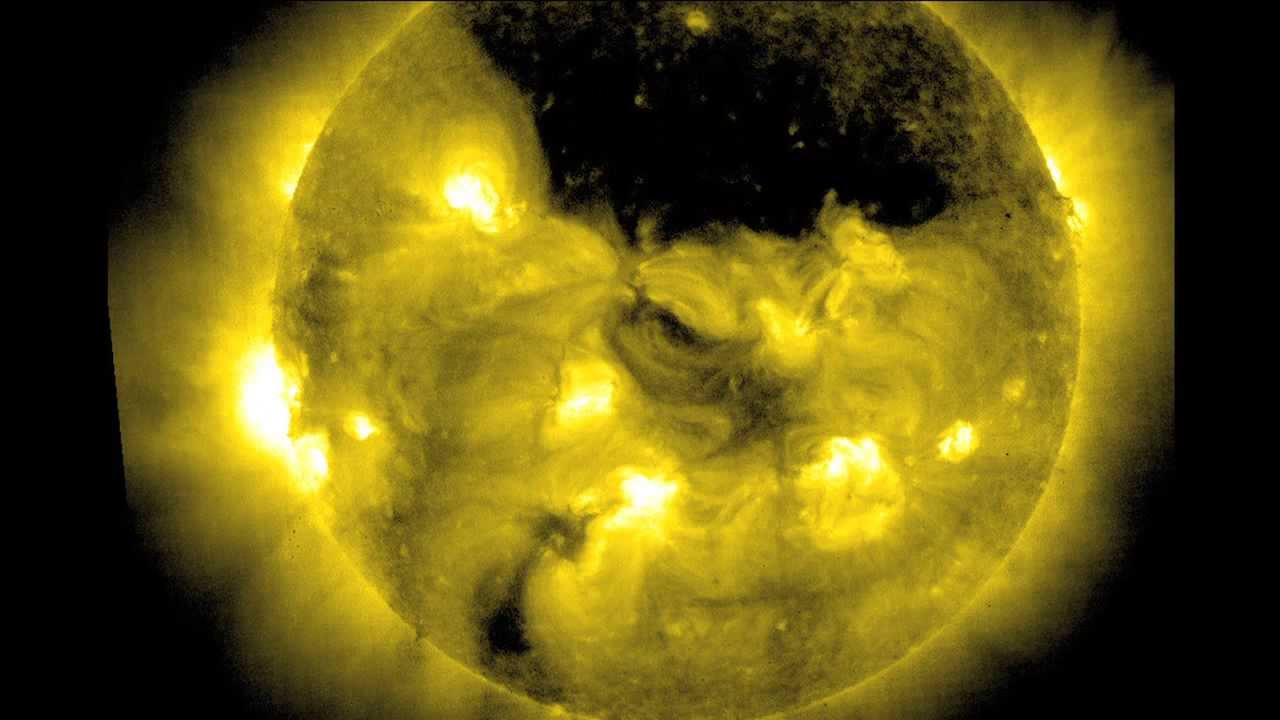 NASA’s Solar Dynamics Observatory has discovered a strange spot in the Sun, as if the star would form a square hole in its crown. Even though this may seem strange or scary for some of us, astronomers let us know what is the explanation for this strange yet interesting phenomenon.

These low density regions are called coronal holes and they are determined by the strong solar wind bursts into space. The regions appear dark in the ultraviolet light because UV wavelength has less material to shine. Small fragments bright plasma can be seen inside this hole. This low density region is located in the south pole of the sun, so Earth is not likely to be hit by solar winds.