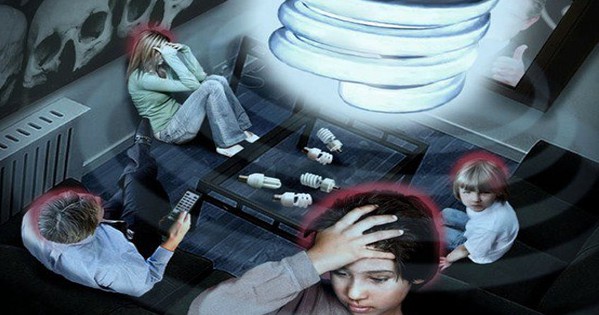 According to a SCENIHR committee report from 2008, the energy saving bulbs could pose a risks to the human health because of ultraviolet light and blue light emitted by these bulbs. This type of radiation can aggravate the symptoms of people already suffering from skin diseases, people sensitive to this type of light. If the human body is exposed to a CFL at less than 20 centimeters, this could lead to ultraviolet radiation exposure. Industry sources claim that ultraviolet radiation emitted by the CFL is too low to cause skin cancer and the use of a double protective layer remove the side-effects.

A report made by Alexandra Pfeil was integrated into a documentary called Toxic Light – The Dark Side of Energy Saving Bulbs and it was aired on Deutsche Welle. The documentary presents the extreme dangerous effects of compact fluorescent lamps. Here’s the first part of that documentary. I will share the first part here, I’m sure that you can find the rest on YouTube and draw your own conclusions.