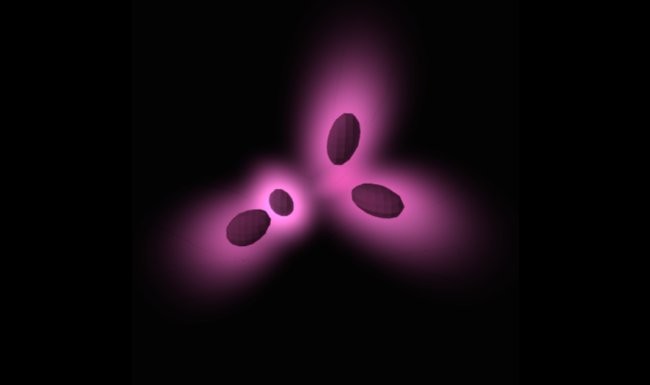 For several decades, researchers have been trying to prove the presence of tetraneutrons and now we seem to have promising results in this regard. Japanese scientists have found evidence of a particle that consists of four neutrons and does not include any proton structure. According to theories issued so far, the presence of this particle was impossible to detect because it is known that lone neutrons are unstable.

Physicist Francisco-Miguel Marqués along with his team at the GANIL accelerator in France, used a new technique to detect tetraneutrons. The method implies observing the disintegration of beryllium and lithium nuclei. This is not their first attempt, because in 2002 the team has repeated a similar experiment, transforming particles of beryllium 14 in carbon particles in an attempt to segregate beryllium’s cluster of four neutrons. The experiments were repeated in 2004, but the results have not truly confirmed the presence tetraneutrons.

A team of researchers from the University of Tokyo has applied a similar method in order to detect the hypothetical particle. Specialists bombed liquid helium using helium nuclei. The results of the experiments have astonished the Japanese scientists: four neutrons had missed for 1 billionth of a trillionth of a second before reappearing as particle decay.

To confirm the existence tetraneutrons, the scientists measured the energy that was emitted by the particles involved in the reaction. It was just not enough to propel each of the four neutrons. This confirmed that the four neutrons left behind were indeed bound into a tetraneutron particle.

In the future, the French and Japanese teams will use the method developed at the University of Tokyo to reach the same result on the existence tetraneutrons. In conclusion, this discovery is really important for nuclear science, and shows us that there are still many things that we can learn about neutrons.