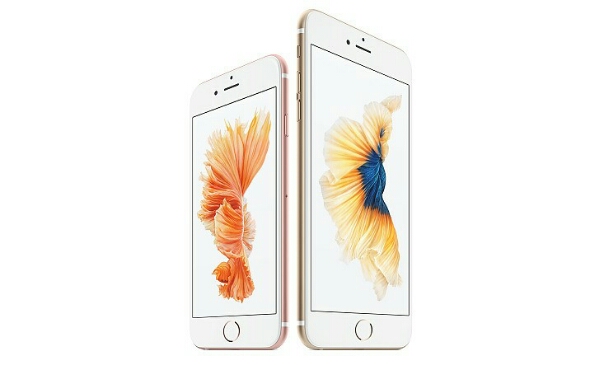 Following my previous articles on why I hate the Samsung Galaxy S5 and the iPhone 6, I have decided to write another one on the same topic, this time focusing on the newly announced iPhone 6S. Before going into the 7 things I hate about iPhone 6S, I want to let you know that I truly believe this is not a bad smartphone, and the overall experience of using this device is pretty good. All these being said, let’s begin:

1. The camera is great but…
I can’t understand why the 12MP camera sticks out of the device. I’m glad that they’ve made this upgrade but the camera not being fully incorporated into the smartphone is a big no-no for me. Although the lens is made of a durable Sapphire crystal, I still need to use a thick protective case with it.

2. Still no Full HD display
Oh man, this really bothers me. It’s 2015, other manufacturers are packing smartphones with 4K displays and Apple is releasing devices with 750×1334 resolution. What do we, as customers and Apple fans, have to do in order to be able to enjoy images at Full HD resolution on the iPhone 6S? I guess they will make this upgrade in the next installment, but I am really frustrated about this resolution.

3. High speed battery charge / Power saving mode is not available
In a world where everyone is looking for an electric socket to charge their smartphone, where customers are begging for a way to extend their iPhones’ usage time, Apple is upgrading everything except the battery. We really need a battery that’s larger than 1715mAh, or at least a power-saving mode to get us through the day.

4. No Wireless charging
This is not a must for me, but I hate that most manufacturers have gone for this feature and Apple is not investing more time in this department. It would have been great to be able to charge my iPhone on my desktop at work or during the night using wireless technology. Do I really ask that much?

5. Why 16 GB of storage? That’s not working for me
There are some things I just can’t understand and the 16GB model is one of them. I mean, why would you make a smartphone that’s capable of recording 4K videos if you’re going to equip it with with only 16GB of storage? That’s just lame or really cocky. I know, it’s all about the Benjamins but man, I really hate when they take us for fools. Especially when the storage is so cheap these days. The base model should have at least 32GB.

6. No real widgets on home screen
iOS has reached its maturity and the customers love it. But, when it comes to flexibility, it has a long way to go. It would be great to be able to add some widgets on the home screen. For start, I’m thinking about a weather widget.

7. Just enough RAM to get you through?
I know that Apple is packing their devices with the exact amount of hardware needed by the iOS and everything is optimized to the maximum. But what you don’t know is that everything is optimized to the maximum for the current version of iOS, and they never take into consideration future installments. In other words, they will pack iPhone 6S with 2GB of RAM when everyone else on the market is using 3/4 GB and Samsung is preparing a 6GB module for their upcoming smartphone. Why should Apple bother to add more RAM? They will be pretty happy next year when the iOS 10 will arrive and it will make your smartphone run slow. You will have to upgrade to the newest and “improved” iPhone that has more RAM.

Conclusion
“If something works for you why should you change it?” That seem to be the overall principle that drives the company ever since the first iPhone was released. With each release, Apple is giving us the exact amount of features and minor improvements to make us buy the device, but they don’t really care about our complete satisfaction. Let’s be honest, some of the complaints in this list are carried over from the first iPhones (eg the battery). Apple says we’ll be just fine like this, just like when they have released the iPhone 5 and they’ve convinced us that we don’t need a bigger smartphone. And.. guess what? Two years later they have released a larger device.