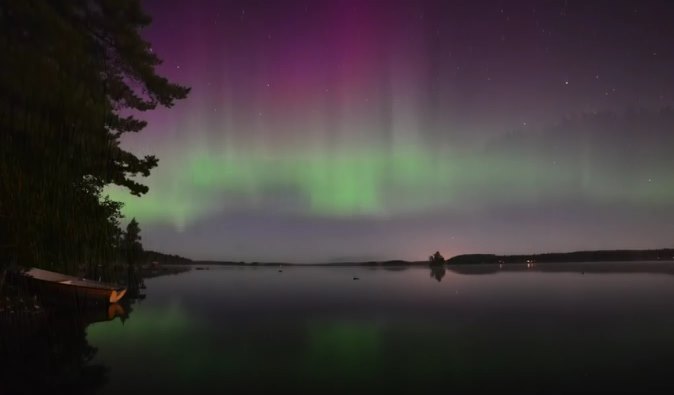 Two days ago, a KP-7 Geomagnetic storm was seen by people that were lucky enough to be in the right place at the right time – at Abisko National Park in Sweden on Sept. 12, 2014. The storm was caused by two CMEs (coronal mass ejections), bursts of solar wind and magnetic fields. Enjoy the video:

The beautiful natural phenomenon called aurora borealis is actually the result of collisions between gaseous molecules found in Earth’s atmosphere and the electromagnetic charged particles that came from the Sun. The color change observed in auroras borealis is due to the type of gaseous molecules involved in this reaction. The color that’s usual observed is the yellowish-green hue.

Auroras that have red color are rare, just like the yellow and purple auroras were observed yellow and purple. The link between the aurora borealis and the solar activity has been suspected since 1880 due to the serious scientific research in this area.