Xiaomi is a Chinese company that built an impressive buzz lately. Their latest product is called Xiaomi Mi 4, and it looks a lot like its main competitor from US, the popular iPhone. Developed under the leadership of Hugo Barra, a former product manager for Android, the Mi 4 promises top-notch features that could make it the fastest smartphone of 2014. 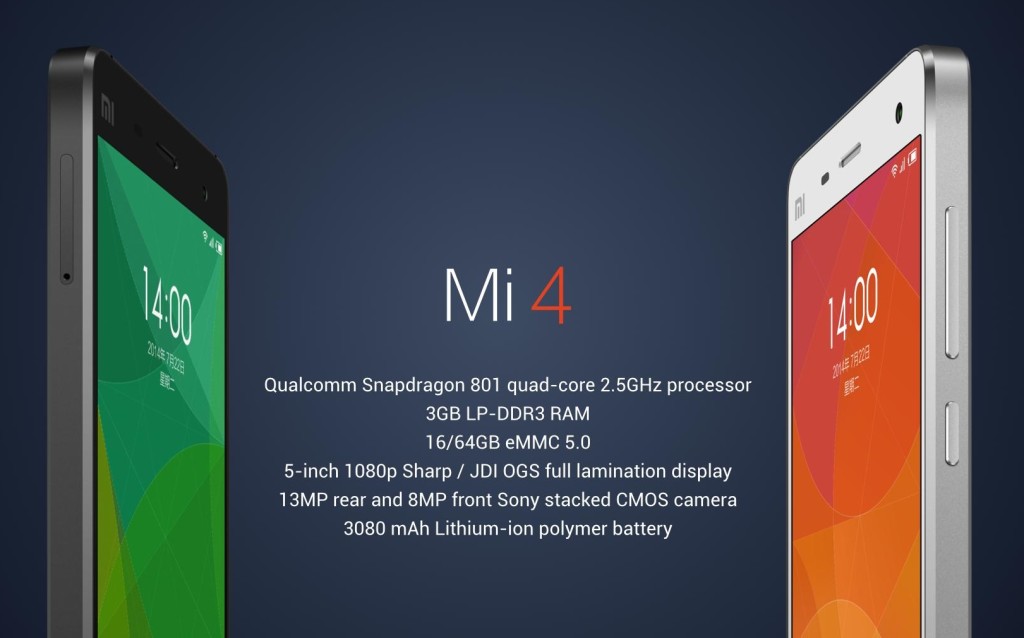 The Xiaomi Mi 4 features a quad-core Qualcomm Snapdragon 801 processor clocked at 2.5 GHz, 3GB of RAM and 16 GB internal storage. The 5-inch display has a full HD 1080p resolution. Although the main camera is only 13MP (I said only because its main competitor, the S5 has a 16MP camera), Mi 4 received a 8MP front face camera. The main asset of the device seems to be the 3080 mAh battery that should last for 1 day and a half per charge in normal usage mode. During the MIUI v6 presentation, the company’s CEO emphasized this particular feature, adding that the smartphone can be charged about 60% per hour.

For now, the smartphone supports only the TD LTE standard used by the Chinese operators. The 4G LTE model was announced and it will be released later this year outside of China. The announced priced for the 16GB model is around 240 euros, and the 64 GB model will cost 300 euros.

As you can see, the article’s title is more of a question than a statement, but to tell you the truth, I am really curious to see a video review of this smartphone… and maybe a comparison between the Mi4 and the Samsung Galaxy S5.