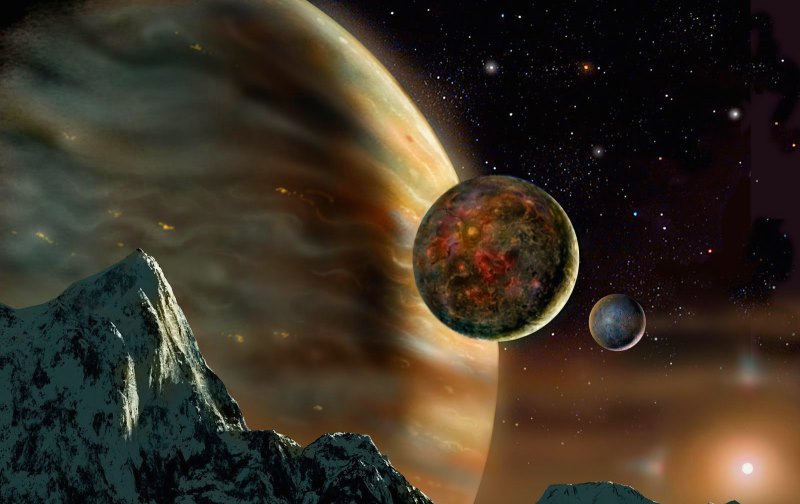 Kevin Hand is a NASA astronomer that believes in the existence of extraterrestrial life. More than that, he estimates that we’ll find some sort of life outside of our Solar System in the following 20 years. This bold statement was made at a public discussion held in Washington at the beginning of this week, when NASA presented its program to search for life forms in the universe by using current and future means (telescopes).

Charles Bolden, the current administrator of NASA and a former astronaut, believes that it’s highly unlikely that we are alone in the unlimited vastness of the universe. We’ve already started the search for extraterrestrial life in our Solar System, but the search doesn’t stop here. Kevin Hand suggested that alien life could exist on one of Jupiter’s moons (Europa), and we are already getting a lot of information from Mars mission, where Curiosity is exploring and gathering information about the planet as we speak. However, NASA’s officials talked about exclusively monitoring planets that are orbiting the stars outside of our solar system.

Sara Seager, a professor of physics and planetary science at the Massachusetts Institute of Technology (MIT) believes that in a near future, we might be able to accurately identify planets that can sustain life, planets similar to Earth.

At first, NASA began to study the planetary systems around other stars using ground-based telescopes. Later, they’ve developed advanced space devices like the Hubble Space Telescope, the Spitzer Space Telescope and the Kepler Space Telescope. With these devices, astronomers can determine the distance between a distant planet and its star. If that distance is right, the planet’s surface may contain water, a key element to sustain life (as we know it).

With the launch of the Transiting Exoplanet Surveying Satellite (Tess) in 2017, James Webb Space Telescope in 2018 and Wide Field Infrared Survey Telescope, NASA’s scientists hope find an answer to a question that baffled scientists and common people for a long period of time: “Are we alone?” If we’ll ever find a positive answer to that question, another important question must be answered: “Are there any intelligent life forms, like us, humans?“