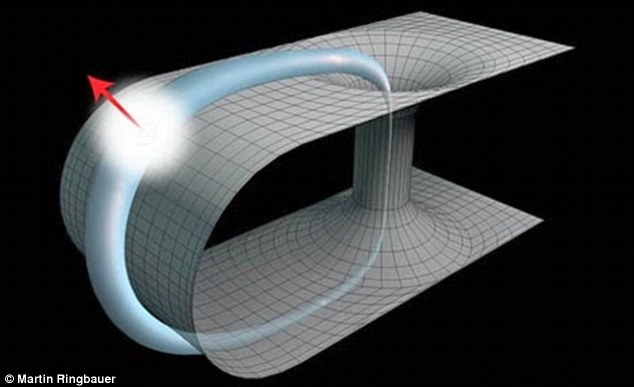 Although Einstein suggested that, in theory, traveling back in time and returning to the starting point in space-time is possible, later research on the matter argued against his believes. In 1949, Kurt Godel, a famous logician, introduced the “grandfather paradox” that seemed to invalidate Einstein’s theory: if a person could travel back in time and he would prevent his grandmother to meet his grandfather, then the laws of classical physics would prevent his birth, thus he would not exist in the first place.

In 1991, Timothy Ralph, Professor of Physics, The University of Queensland, said that such situations could be solved by using the flexible laws of quantum mechanics: the properties of quantum particles are not strictly fixed and there is a “quantum uncertainty” about them. This can provide enough space of maneuver to avoid inconsistencies that would arise while traveling.

Researchers at the University of Queensland in Australia managed to simulate time travel by using particles of light that acted like quantum particles. They’ve send the particles away, then brought them back to the original space-time location. This experiment could mark the bridge between the two theories – the general theory of relativity and quantum mechanics – that are often incompatible with each other. In their experiment, men of science failed to discover a point of convergence between the two theories. Under laboratory conditions, the experiment observed the behavior of a proton that would travel back in time and would meet its previous self – an identical proton. Read their findings in Phys Magazine.