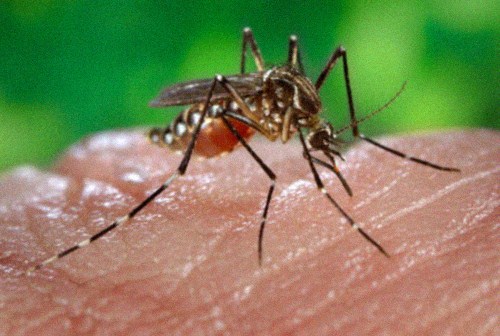 There are many positive aspects about summer but the burst of mosquitoes is definitively not one of them, especially in areas around the globe where malaria, yellow fever, and filariasis are transmitted by those small biters. I’m not sure if you’ve noticed this in your group of friends, but there are some people who seem invulnerable to these small and annoying insects while others are always attracting them just like a magnet. Now, researchers came up with few explanations that could solve this mystery.

Also, the research shows that the level of CO2 emitted by each human is an important factor when the mosquitoes choose their next meal. That’s the reason why the adults are the preferred targets, because they release larger quantities of CO2 that can be smelled by the mosquito even from 50 meters away.

Another reason to become the perfect target for a mosquito female is to be as active as possible. These annoying insects are also drawn by the body heat and by the movement of their targets, so if you are for a late night run in the park you should be prepared for a mosquitoe ambush.

In addition, John Edman, PhD, spokesman for the Entomological Society of America, believes that if a body produces larger amounts of certain acids in excess, that body is more likely to be preferred by the mosquitoes.

So, how can we protect ourselves from being bite by mosquitoes? The most effective solution is to use mosquitoes repellent sprays/creams or antihistamines.