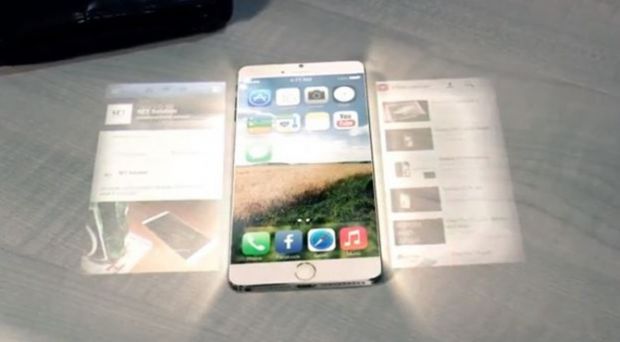 If you are amazed by the iPhone’s Retina display, the Samsung’s Super AMOLED or the Note’s UltraHD display you are in for a big surprise. All this technology seems a relic from the past compared with Apple’s plans for a future smartphone. The Cupertino company recently registered a patent for a smartphone that’s able to create interactive holograms.

This patent may reveal the company’s plans for the future, although few cycles (at least) will pass until we’ll see an iPhone with a holographic display. There isn’t even the slightest chance that we’ll get an iPhone 6 with this technology. According to latest rumors, the next Apple smartphone will have a Quantum-Dot display that’s larger than the previous versions.

This bold system should able to project three-dimensional images. The holograms could be used for images mainly, but the system may include the tech that’s capable of creating 3D structures, using some sort of laser projection. The images could be created using a non-linear crystal display.