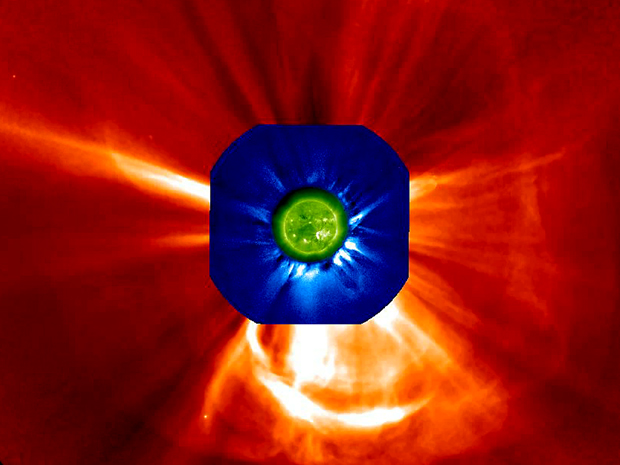 Back in the summer of 2012, our planet was on the edge of being hit by one of the largest coronal mass ejection ever encountered by scientists. Two huge solar explosions released an amount of energy equivalent to a billion hydrogen bombs and dangerous particles were carried by the solar wind to the Earth’s orbit at a speed of 2,000 kilometers per second.

The two coronal mass ejections occurred simultaneously on July 23, 2012. Fortunately for us, these dangerous particles have crossed Earth’s orbit when our home planet was on the other side of the Sun. In other words, a difference of 9 days saved us from one of the biggest disaster in human history.

These solar super-storms occur  rarely, but they would have a catastrophic effects on our society, which depends heavily on modern technology and electricity. The damage of this potential impact could have been in trillions of dollars. Ying Liu, a physicist at the National Space Science Center in Beijing, believes that the human society would have recovered from such a shock in 5 to 10 years.  Liu’s research was published on March 18 in the journal Nature Communications.

In the past, a lower magnetic storm hit Canada back in March 1989, resulting in 15 simultaneous power outage that left 6 million people without electricity for 9 hours.  Currently, when specific devices detect the solar storms, the employees at power plants available to only 30-45 minutes to prepare.