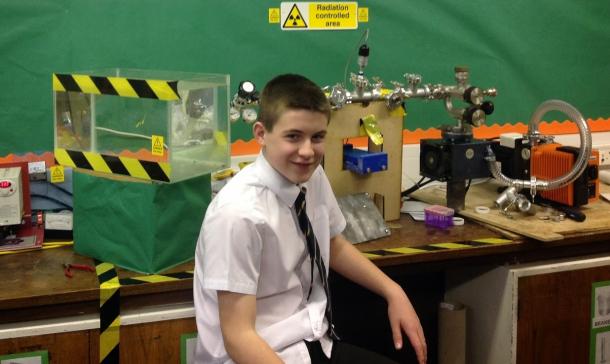 Jamie Edwards is a 13 year old student from the UK and he has just set a new world record by becoming the youngest man to set up a nuclear reactor. According to BBC, the nuclear fusion experiment took place in a controlled environment in the laboratory of a school in Lancashire, UK. In his experiment, Jamie managed to create helium, after the collision of two hydrogen atoms.

Although the principal of the school was first shocked to hear about the request, the proposal was received with enthusiasm and the same principal finally managed to get the necessary financing of 3,000 pounds for the experiment.

Nuclear fusion is not the same thing as the nuclear fission. The first is the reaction that occurs normally in the Sun, the second is the process of nuclear power and the atomic bomb.