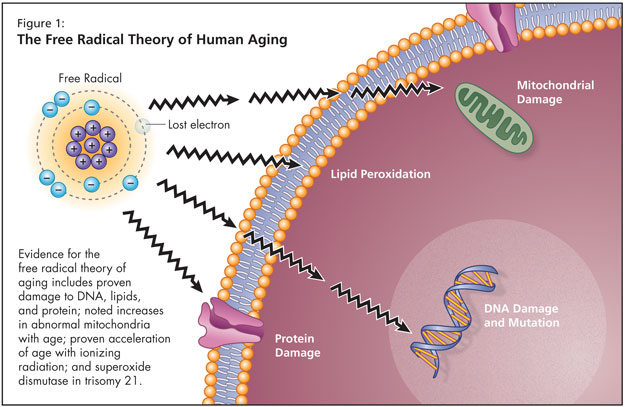 A team of scientists from China was able to predict the life expectancy of a particular animal species using a method that one day may be applied in humans. According to the study, the secret of one’s lifespan lies in the study of mitochondrial activity, the “power plants” of the cell.

According to geneticists at the National Institute of Biological Sciences in Beijing, China, by studying the increased activity in the mitochondria – the membrane-bound organelle found in most eukaryotic cells – it can be estimated how much time left there is to live. The team recently published their findings in an article published in the Nature magazine and you can read it here.

Their results suggest that, to a large extent, the life of an organism can be predicted early in the life of that organism.

Researchers studied nematode worms that are very small (about 1 mm) from the species called Caenorhabditis elegans. They have introduced certain proteins in their cells that emit a specific light when they detect certain injuries to the mitochondria. Scientists found that the accumulation of free radicals (the molecules derived from cellular metabolism) is one of the factors that favors the aging process. These free radicals cause changes in DNA structure, leading to the aging of the cells and the entire organism. The mitochondria , which also contain DNA (mitochondrial DNA), are especially sensible to the effect of free radicals because they have a high metabolic activity. In other words, they create large amounts of free radicals but there is no mechanism to repair the DNA.

Chinese specialists studied worms that usually live for approximately 21 days and the maximum reproductive capacity is at 3 days of age. The study suggests that the number of light emissions of proteins introduced into the mitochondria (mitoflashes) is influenced by the presence of free radicals and they can predict life expectancy. Also, they have found that those individuals who had fewer mitoflashes at the age of 3 days will live longer, while those who had multiple mitoflashes will die before reaching 21 days.

It was also noticed that a specific genetic mutation allowed worms to live up to 39 days, and they had fewer mitoflashes compared to normal worms. This particular pattern was determined when the researchers exposed worms to short periods of starvation and heat shocks.

The mitochondrial theory of aging (MTA) was proposed in 1972 by Denham Harman and it remains controversial still to this day. Chinese researchers have conducted experiments starting from the premise that MTA is valid and that their results will confirm the theory.

Prof. Meng- Qiu Dong, the man in charge of the study, said that mitochondrial flashes have the capacity to predict the life expectancy of any animal and he believes that this is the real mitochondrial theory of aging. The only question that needs to be pose now is this: “Do we really want to know how long will we live?”. I think that I want to learn this important detail only if it’s positive (above 80). If I’m going to die at 50, I think I’ll be just fine without knowing it.