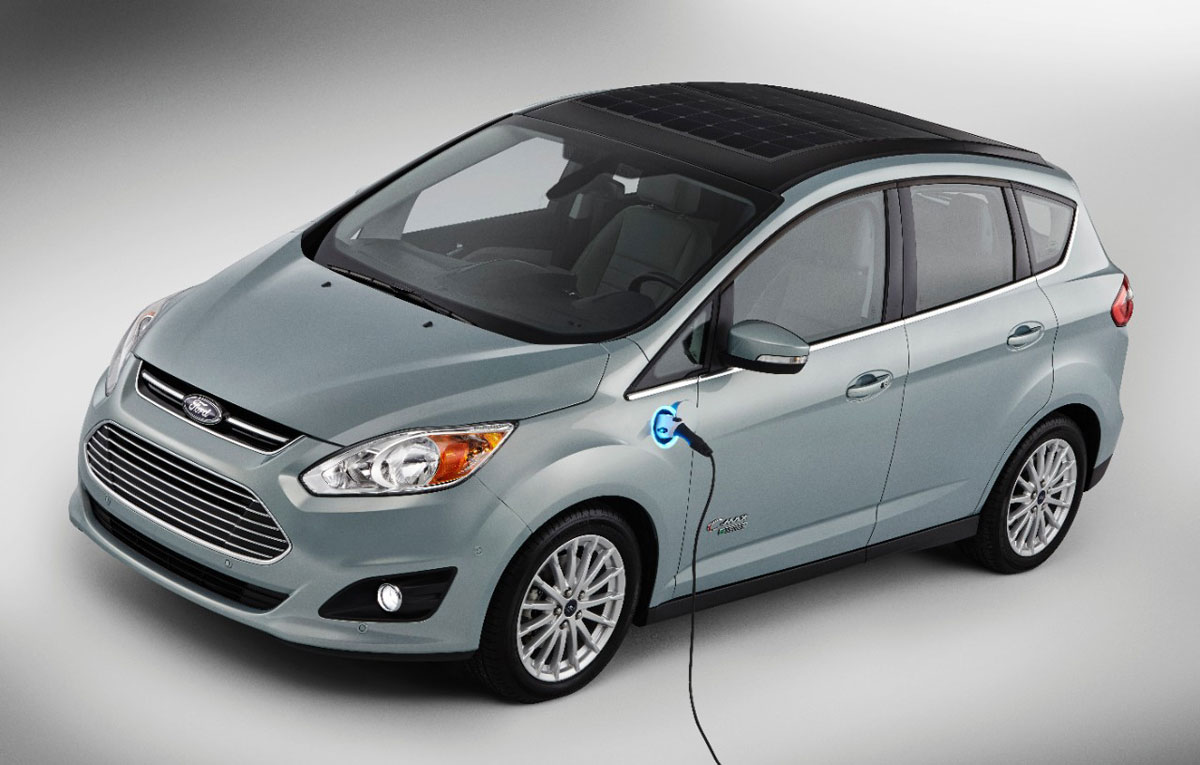 After watching the documentary named “Who killed the electric car” back in 2009 I understood that back then we were not prepared to ahve EVs on the road (read that Electric Vehicles). Later, Tesla teased us with its Tesla Model S 2013, an electric vehicle with great specifications and a fan base that’s getting bigger day by day. Now, other car manufacturers are showing a lot of interest in the electric car, but one went the extra mile and designed a hybrid car that can be powered by solar energy. This is Ford’s C-Max Solar Energi Concept.

Because common solar panels have the same drawback (slow charging time), Ford asked for scientists at SunPower and researchers at Georgia Institute of Technology to come up with a viable solution. According to the manufacturer, a day in the sun means 4 hours of charging from an electric socket. This concept car is a hybrid model and it works on electrical power but also on gasoline. It will last up to 21 miles only per one full solar charge, which may not seem like much, but for a normal city ride is just perfect.

We should see more of Ford’s C-Max Solar Energi at CES 2014.