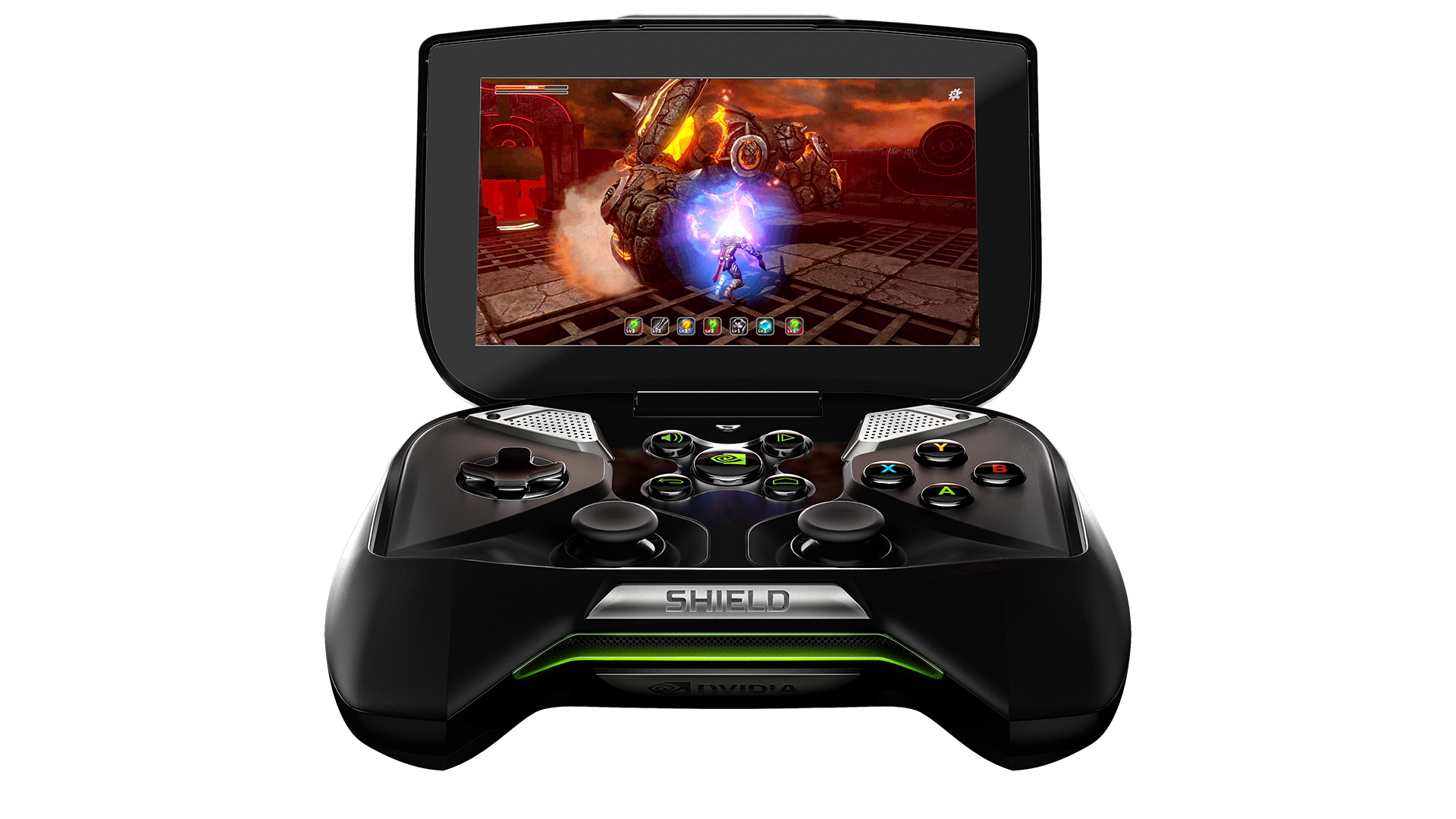 NVIDIA Shield is a gadget that promises an unique gaming experience, allowing the user to play PC and Android games. Although it’s an outsider in the gaming world and some gamers may see it as a gadget with a weird structure and a bold design, it promises to bring the best gaming experience in years to come. It packs powerful hardware and it uses streaming technology and works with Android and PC games.

The Design
According to Ben Berraondo, the PR Manager GeForce & Consumer Desktop Products NVIDIA, the developers tried to create a powerful gaming console the size of a normal console controller. If you take a look at the placement of the buttons you will notice that it was created as economically as possible. Although it’s packed with powerful technology, there is a balance in weight distribution.

Hardware and Software Specifications
The device is 4K Ultra-HD ready, and you can play movie files like FLV, MKV and even 4K media. It’s core, the NVIDIA® Tegra® 4 processor, features a 72-core GeForce GPU and a quad-core ARM A15 CPU that’s optimized to save battery life. The 5-inch LCD display with touch technology produces vibrant colors and it looks sharp at every angle. You can also listen to music on the device, since it features high-fidelity speakers with bass-reflex and tuned-port technology. A Wi-Fi card is also present, a mini-HDMI port, Bluetooth 3.0, the 3.5mm audio jack and the micro-USB port. The 7350mAh battery packs enough juice to last you a complete gaming or movie marathon. The console is powered by Android 4.3.

Current Games
NVIDIA has few interesting titles that are already optimized for Tegra and if you decide to get this console, you will find them in Google Play app: The Hedgehog 4, Dead Trigger 2, Shadowgun THD. You can also access the Shield store and find additional titles like Crazy Taxi, Alien vs. Predator, Real Boxing, Max Payne, GTA. The Shield gaming ecosystem is getting larger day by day, and you can also access your Steam account and play real PC games. This particular feature is available only on Shield so far, so you have a good reason to give it a try. 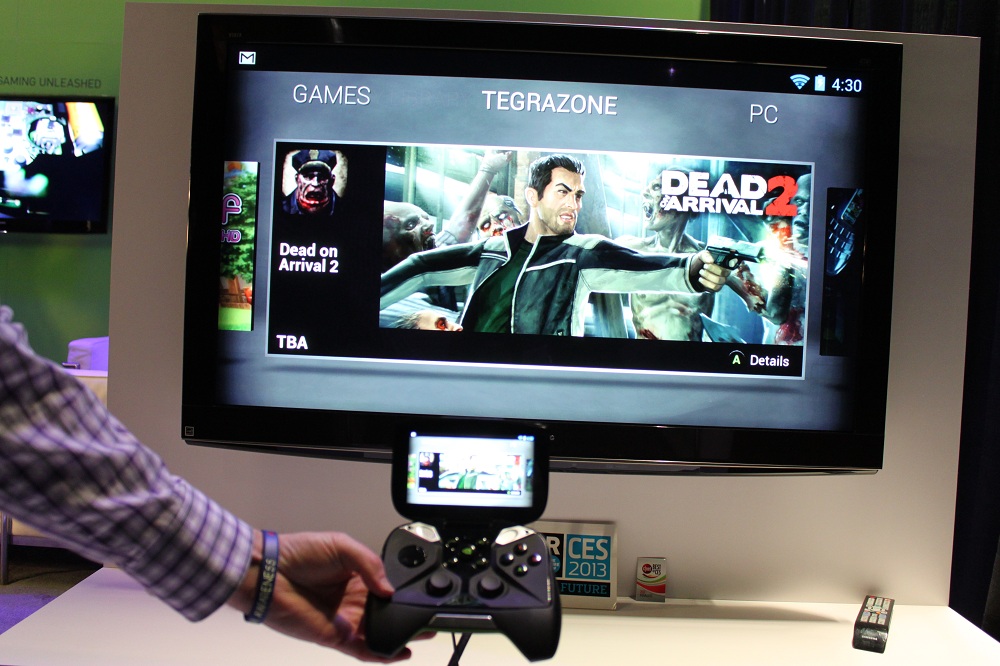 Streaming on Shield: how it works
In older to play games via streaming, you need to connect the device to the wireless network. Choose the PC Games option from the menu and automatically sync Shield with your PC. This way, you will be able to access the Steam library and play the Steam games. The live streaming gaming is possible due to several tech factors, including the GeForce Kepler architecture. In the past, streaming PC games was problematic because of the lag and delays that were experienced in games. According to NVIDIA engineers, this device works flawlessly when playing any Steam game and there is no lag what-so-ever.

Why is Shield different?
As far as I understand, Shield is a special type of console. It’s different from XBox One and PS4 because it’s an open platform, so you can get a lot of free games. One of its other advantage is the portability. Since it’s so small, you can carry with you wherever you go. As long as you have a HDMI cable around, you will be able to play your favorite games on any High-Def TV. There is a wide range of games that are optimized for Tegra, so you have plenty of options there. Since this is an Android device, you can do a lot of other things with it: you can watch movies for 20 hours straight, you can access the internet, you can use various Android apps, you can read your e-mail. The developer’s strategy was to make a wide variety of content as accessible as possible.

Price
You can find the 16GB version of the console on Amazon for $249.