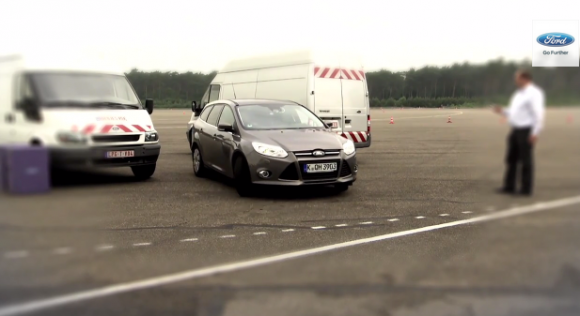 In the near future, cars will no longer need humans in order operate. Also, there is a good chance that accidents will be much less numerous than before. Aside from Google, which is working on a self-driving car for years, here comes Ford with a new and interesting concept.

The Fusion Hybrid is a project based on the Ford Fusion prototype that is able to detect, analyze, and most importantly, to respond to its external environment without the aid of a human operator. The vehicle features a rooftop camera that’s able to process images at 360° and a set of sensors whose data are used to model a 3D map of the environment. According to the manufacturer, the technology creates a map as detailed as some video games.

Before we actually see the complete implementation of this technology, Ford plans to gradually integrate some of these smart features in future Ford cars. The current navigation systems already provide real-time information about the traffic, weather conditions, motor’s performances, etc… In the future, we can expect for the vehicles to communicate with each other in order to provide an accurate autopilot performance.

In this regard, Ford has already presented a project of self-parking cars that will probably be implemented in the following 5 years.

However, Ford was careful to point out that the future of the automobile is not about fully-self driving cars but rather highly automated cars. There will be difficult to completely remove the human from the equation, since he will be needed to monitor vehicle’s functions and performances.