Scientists at San Diego State University studied over 160,000 Twitter messages that contained the word “flu” and additional 6,000 tweets containing the word “influenza”. The conclusion of the study was that social networks such as Twitter can be used to find out about epidemic bursts that may occur.

Twitter, the microblogging network can be used for other purposes than keeping you updated with the latest current celebrity activity. It may help scientists and medics locate and even may help reduce the influenza epidemics. Geographers say that by following messages on Twitter, one can be established where such an epidemic could break out. 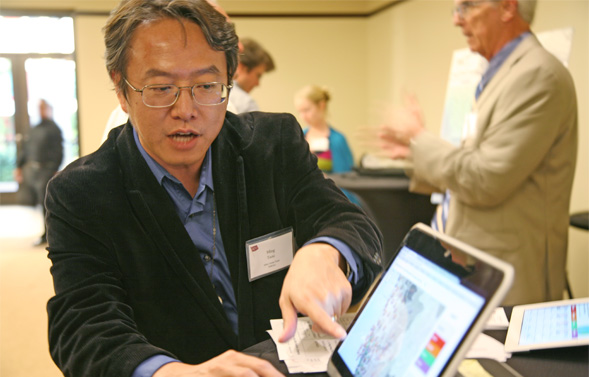 Hsang Tsou Ming, a professor at San Diego State Univesity, examined Twitter updates within a radius of 20 km in 11 U.S. states, in the period of time between June to December 2012. He was looking for tweets that contained the words “flu” and “influenza” in order to see their spreading pattern. The scientist has found similarities between messages about “fever” and “influenza epidemics” in 9 of the 11 countries that were surveyed. According to the study, the “original tweets have more power to predict relevance than retweets”. The complete findings of the study can be found on Journal of Medical Internet Research.

Traditional methods could help detect and limit a flu outbreak in two weeks, while the new method will help the doctors asset such situation almost instantly. As you may know, the acute contagious viral infection known as influenza bursts every year between October and May, with a high peak in February.

Check the article and image source