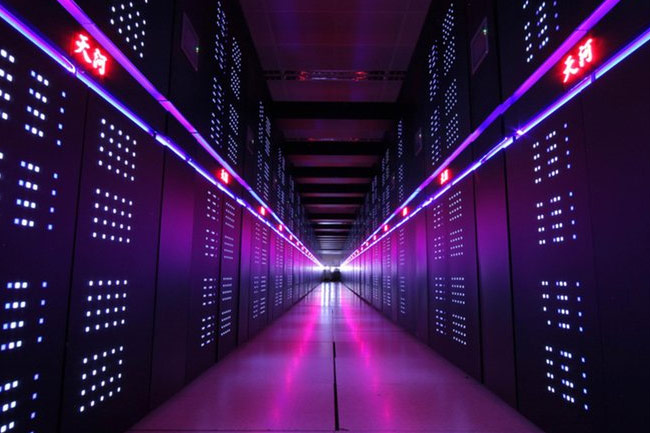 In the battle for the computer speed supremacy, China has managed to “defeat” more technologically advanced countries like the United States and Japan. Tianhe-2 is owned by the National University of Defence Technology in Guangzhou, southern China, and currently it is the fastest computer in the world, reaching calculation speed of 33.86 petaflop per second. In common language, the Chinese computer has an efficiency of 33.863 trillion calculations per second, nearly double the amount of the computer found second place, the Titan computer built in US. which is clocked at a speed of 17.89 petaflop per second.

The name Tianhe means “Milky Way”, the galaxy in which we humans live. The list of the world’s most advanced computers was compiled by the University of Mannheim , Germany. From the 500 super computers found in the list, 265 are built in US. Asia has 115 such computers, while in Europe were built only 102.

Here is a top 10 with the most advanced computers in the world.