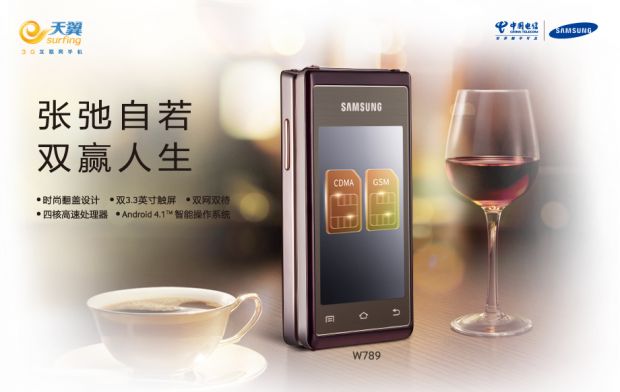 Samsung Hennessy is a dual-SIM, dual touch smartphone that was launched officially in China. The device has two 3.3 inch touch screens, each with a resolution of 320×480 pixels, and it is quite thick and quite heavy. The gadget has dimensions of 110.85 x 59.3 x 18.62mm and weighs 208 grams.

Even if the screens’ resolution is not that impressive, the phone has a quad-core processor clocked at 1.2 GHz, 1 GB of RAM, a battery with a capacity of 1,500 mAh and expandable storage capacity via microSD card slot. The operating system used by the new Samsung phone is Android 4.1 Jelly Bean. 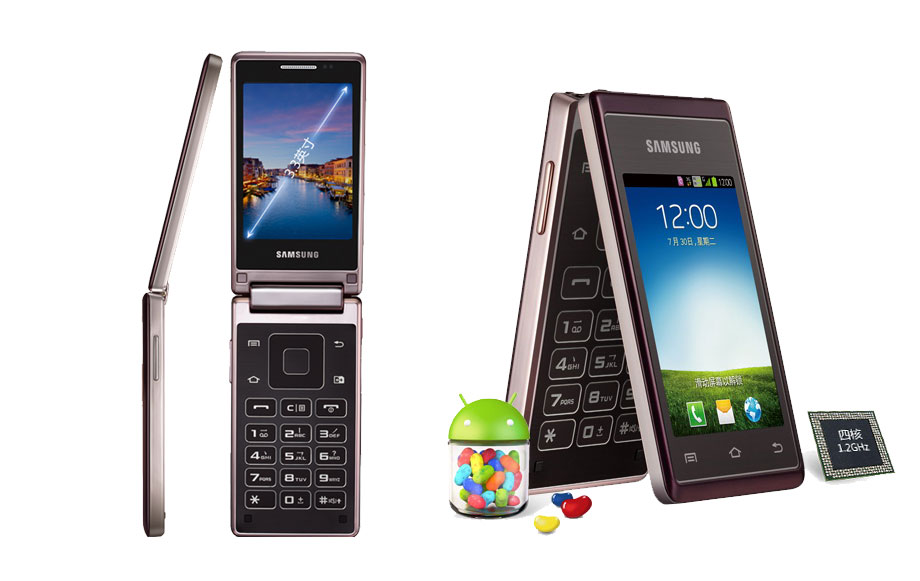 Samsung Hennessey Dual Screen Flip Phone features a 5 MP camera with LED flash, and it’s capable of recording videos at 720p (although the video resolution is not yet confirmed, that’s the probable resolution for a 5MP camera).

Samsung Hennessy is currently available in China. There were no details regarding its availability on other markets or about its price.