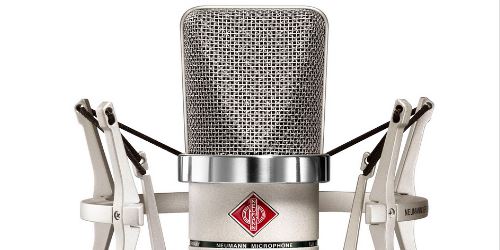 Finding the best microphone for a home recording studio is not an easy job and you might end up lost in specifications, prices and reviews. Some people are trying to build a home studio in order to become famous, other are just trying to follow their long lost dream and hear their voice recorded on a track. In both cases, you should know that things are far less complicated and costly than they were when I have started my music venture.

In the end, most people who love to sing will eventually search for a way to expose their music to a broader audience. Let’s face it, nowadays you can easily become famous by recording your voice on a track and post it on Youtube. You don’t even need to be signed to a large music label. If you have the right song, it will take flight on its own. Ever since major artists understood the power of the Internet, the music industry moved almost entirely to Youtube. This video platform became so much more than anyone anticipated, and it can propel unknown artists into a mainstream phenomenon overnight. But before uploading your songs to Youtube, you need to record them. And in order to do that, you need to buy a great microphone.

If you are like I were when I got started, you should be lost by now just by reading the word “great microphone”. Some think that great means expensive, which is not necessarily true. Of course, you can end up paying thousands of dollars just for the microphone, but most people looking to build a home studio project are starting with a low budget. You know what I have learned over the past few years? Many first albums from artists that I respect where recorded in harsh conditions with entry-level equipment. I am talking about improvised home studios with no foam and $1000 recording setup. And what’s more curious is that most of the following albums were not as good as the first one, even though they were recorded in the best studios in the world.

I have asked myself the reason for this and the only answer that sticks was that it was never about the million dollar studio, it was all about the artist, the inspiration, the vibe, the mood. As long as you remain true to yourself and you pour your soul into your music, you are on the right track. Be smart when you buy your recording setup, mainly because that initial budget will vanish really quick. Make sure you manage to get things right the first time: a great microphone, an audio interface, a pop filter, cables, headphones. You can add more later, but this is the core of your home recording studio and it needs to be perfect.

In this regard, I have compiled a list with the best microphones for a home studio project that you can actually afford to buy. I own or I have recorded on most of these mics and I was truly impressed by their performance.

Before revealing the mics, I want to state that this list does not feature the cheapest mics of 2017, but rather the ones that are affordable and have a real value in terms of quality and features. Although most users will make their own choice and get that cheap $100 mic, if you do want the best quality of a condenser microphone that will last you for years, you will probably have to choose one of the mics in this list.

Audio Technica 2050 – AT2050
Audio Technica is building great entry-level microphones for quite some time now and its AT2020 is its most famous entry-level product and one of my all time favorite for a home recording studio project. This multi-pattern condenser microphone is the upgraded version of AT2020 and it features 3 polar patterns that you can switch: omni, cardioid, figure-8. The mic has low noise and it captures smooth and natural sounds. Works great on vocals, strings, piano, drums and guitars. If you decide to buy it, you will be happy to know that the box also includes a pop filter, mic cable & boom stand.

AKG PERCEPTION 420
Perception 420 features the legendary quality provided by ACK and it has a polar pattern switch for cardioid, omni and figure-8 pattern. The mic works great on vocals and guitars, but also for overheads on drums (thanks to its figure-8 pattern feature). Another impressive thing about it is that it can handle sound levels of 155db spl. Just like the AT2020, the package contains a mount, a cable and a case that looks fabulous.

AKG C214
This microphone is the affordable version of the dual large diaphragm mic AKG C414 XLII, a microphone used in every major recording studio around the world and in many live performances. The C214 is basically half of C414, since it features only one large diaphragm. It has the same features as the C414: a switch for 20dB attenuator and bass-cut filter, integrated suspension to reduce vibration and mechanical noise, a great design. It can handle sound levels up to 156db spl. This is probably the best deal you’ll ever going to get for AKG C214, since the package also contains a 20 ft XLR cable, shock mount, the premium AKG box and other goodies.

NEUMANN TLM-102
This is probably the most compact microphone I’ve seen in a while. The manufacturer, Neumann, is regarded as one of the leading producer of high-quality microphones that are usually used in large professional recording studios around the world. Although TLM-102 is small and lightweight (it can fit in your pocket), don’t let its size fool you. This large diaphragm mic features pressure gradient transducer and it’s just is perfect for vocals, drum overheads, guitar cabinets or acoustic guitars. You will get a slight boost of presence above 6kHz which makes it perfect for vocals. It can handle sound levels up to 144db spl. You can read an extended review on this recording mic on CoreMic.

RODE NT2-A
If you decide to buy this product you will get a great multi-pattern studio condenser microphone created by the company that gave the tone to so many recording hits of the last 10 years. The mic features a large 1 inch HF1 gold sputted cabsule and 3 switches for polar pattern, high pass filter and pad. I’ve tested this mic with multiple interfaces and it worked flawlessly. There is one think I’ve noticed about it: it’s really quite, so you can expect no background noise. If you do get this mic you will learn that it starts to shine once you’ll use it along with a great preamp.

SE ELECTRONICS 2200a II
Although the manufacturer of this multi pattern condenser microphone is not that famous in US, it is very popular in Europe and has won many awards for performance to price point, including two trophies from Music Industry Association (MIA). 2200a mark II uses a hand-crafted, 1″ gold sputtered diaphragm based on the same technology used with the previous sE2200a. This high quality mid-range mic has enough features to be included on top of this list. On the body you will find 3 switches: the low cut switch, the adjustable pad and the multiple cardioid pattern (cardioid, figure 8 and omnidirectional). The mic produces vocal recordings with a warm tone and it has a solid body with a rubber paint finish. As an extra detail, you should know that it was used in few songs recorded for Amy Winehouse’s “Back to Black” album.

The recording microphone is an important piece of your home studio and should probably be the first thing to buy if you decide to build one. Don’t spend all your budget on foam or speaker monitors. You will be fine with a pair of headphones. Remember that if you get a microphone that’s really bad, you will not be able to fix that ever, not even with the best mix in the world.

This list contains some of the best condenser microphones you can buy for your home studio project this year. Most mics in my list are priced between $200-$600, some of them feature additional items in the box (hard case, pouch, shock mount, pop filter, XLR cables) which is a good thing, since there are less things to buy after purchasing the mic. I know that many upcoming musicians have a starting budget of couple of hundreds dollars. And some of them will try to buy the cheapest things they find in order to keep the expenses as low as possible. I do not advise that, because you will only end up paying the same money twice (first for the cheap mic and later for one of these mics). Most of the mics I have introduced are designed by the most prestigious manufacturers in the business and many established artists have recorded with one of these mics at least once in their lifetime.

Spread the love
Galaxy Gear: Samsung Smart Watch is Confirmed
Harvesting solar power in space and sending it back to Earth