On March 1, 1984 NASA launched the fifth Landsat satellite from the Vandenberg Air Force Base aboard of the Delta 3920 rocket. The satellite had the purpose to serve the NOAA (National Oceanic operator Meteorological and Atmospheric Administration). The Landsat 5 was placed on a SSO orbit, with features that ensured a revisiting a period of 16 days. On board, there were installed two instruments: TM (Thematic Mapper) and MSS (Multi Spectral Scanner) that were able to cover strips of land with dimensions of 185 km long and 170 km wide. The observation device was a three axes stabilized satellite, with a propulsion system based on hydrazine, and an inertial wheel assembly. Weighing 2.2 tons, it featured a single solar panel that could be rotated in longitudinal direction. The excess energy was stored in a bench NiCd batteries with a total capacity of 100 Ah. Communication with Earth was made using S-band, X, L and Ku (maximum 85 Mbps) frequencies. The data was sent either directly to the ground station or via TDRSS satellites. 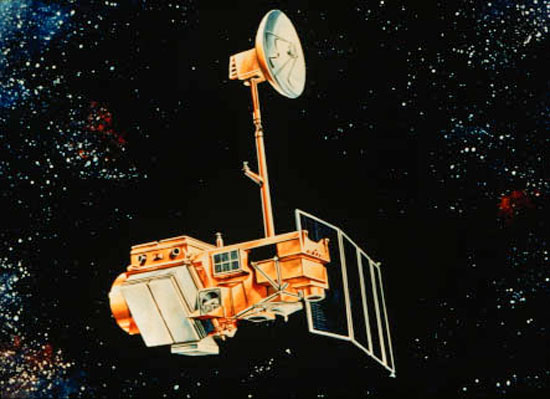 The Landsat Program was based on the ‘remote sensing’ technology, and it was supposed to collect multi-spectral images of medium resolution (15 m-100 m), meaning 30 m for the visible specter, NIR and SWIR, 100 m for thermal observations and 15 m for the ‘panchromatic’ mode. As expected, the satellite had become increasingly difficult to operate, mainly because it was an aging platform. After multiple tech fails in 2005 and 2006, the auto-rotate mechanism of the solar panel (which needs to maintain optimal orientation to the sun in order to generate electricity) has had sporadic outages, causing temporary suspension of scientific observations. In turn, transmitters on board gradually broke down, making it difficult to send an accurate data transmission. 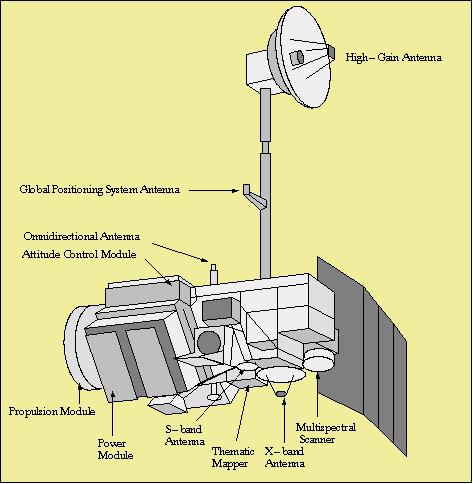 Theoretically, Landsat satellites were designed for 5 years of operation, but in practice they have proved very reliable and robust, stood well above the projected limits. Among all of them, the Landsat 5 entered the Guinness World Record as the longest Earth observation satellite, surviving for 29 years, from March 1,1984 until June 5, 2013.

A few days ago NOAA issued a press release announcing that after the activation of the new Landsat 8/LDCM, it was decided that the old Landsat 5 should be disabled. The last day for collecting images with Landsat 5 was January 6, 2013, and the last orders that forced closure of satellite transponder were sent on June 5. Meanwhile, several orbital maneuvers consumed the fuel reserves and changed down its altitude orbit by 22.9 km, just enough to remove it from the path of others operational Landsat satellites. Its altitude will continue to fall naturally, and and the veteran satellite is expected to reenter the atmosphere and burn there in 21 years from now.

The Landsat 5 Legacy
In its long life, the satellite orbited the earth more than 150,000 times and produced more than 2.5 million images, witnessing the dramatic events that occurred in the world: Saint Helen eruption, the Chernobyl disaster, burning fields oil in Kuwait, the tsunami in Southeast Asia etc. 2004.

Although it entered the Guiness World Record as the longest Earth observation satellite, the absolute record of the oldest non-specific satellite launched in space is held by Vanguard 1, which was launched in 1958 and operated until 1964.