A group of scientists from Netherlands announced that in 11 years from now they will begin the colonization of Mars. The non-profit project is called Mars-One and the initial crew will be composed of 4 astronauts that could remain there for the rest of their lives. 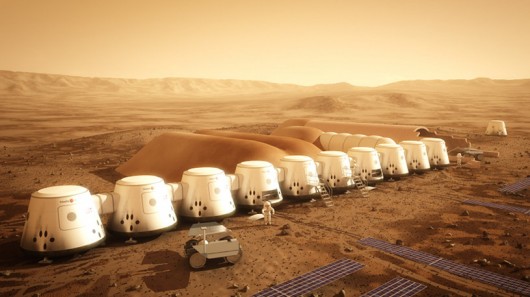 Let’s face it: a one way ticket to a far away planet where there is no air, water or food and probably no possibility of returning to Earth is not everyone’s dream. However, a lot of people have applied to the private space program to colonize the Red Planet.

According to current predictions, the astronauts should depart to Mars in 2023 and their mission will be to establish a permanent colony on Mars. The organizers were surprised by the popularity of this private self-founded program, even if the current budget does not ensure the return to Earth of the astronauts. The journey to the Red Planet should take about 7 months.

So far, Mars One has received more than 165,000 applications from over 120 countries. Each applicant had to pay about $25 (depending on their country) in order to cover the administrative costs of the project. The money will be used to found a global reality TV show that will follow the training of the elected candidates. Everything is interactive, and viewers will get a chance to vote for the team that will go to Red Planet in ten years from now. According to the estimations, by the year 2033 the Mars colony should reach 20 settlers. The TV show’s broadcasting rights and sponsorship will cover the cost of the mission – approximately 6 billion USD.

Mars One on Wikipedia