Printing weapons with a 3D printer is cool, but I assume we can find other purposes for that device that could really help the humanity. Instead of using 3D printing for war, why not use it for prolonging human life? A team of scientists from Chinese University of Hangzhou Dianzi have done exactly that, using the 3D printing technology to recreate “spare parts” for the human body. 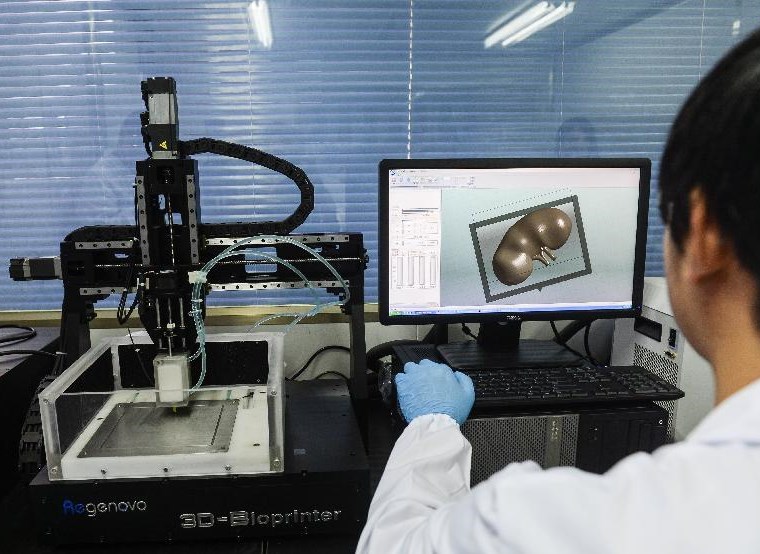 The researchers were able to create ear prosthetics using their biomaterial 3D printer called Regenovo. The Regenovo 3D printer can print “living” tissue, such as parts of the human ears. The principle is quite simple and it takes what’s already being done with conventional 3D printers, but replacing the plastic layers with biomaterial layers. According to the man in charge, XU Ming-En, the Regenovo said that an ear like the one in these photos can be printed in 50 minutes, but it needs additional time to become solid.

The biomaterial printing process use a sheet of hydrogel as the base for the printing, and the Regenevo adds cells into the hydrogel. This process is repeated multiple times, layer after layer, until the 3D biological structure is created.

Although the ultimate goal is to make a complete reconstructions of the human organs in the event of an accident or an organ failure, the technology is not yet there. The next goal of Regenevo team is to print a liver and a kidney. According to their estimations, it would take around 10-20 days to print these organs. It remains to be seen when this is actually put at service for actual patients, and at what price.