Ever since man set first foot on the Moon, we entered the age of space exploration and space missions. The National Aeronautics and Space Administration (NASA) is responsible for most of these projects, including the famous Apollo program that was responsible for the first Lunar landing back in 1969. But according to RedOrbit magazine, their budget has its limits, and recent budget cuts made their job even more difficult. In 2010, the U.S. President Barack Obama canceled the Constellation program that included new missions to the Moon for being “over budget, behind schedule, and lacking in innovation”. The average yearly budget from 1958 to 2011 was around $9.9 billion per year, but in the last two years that budget dropped from 18 billion to 17 billion dollars. The Agency will probably need additional funding in order to continue their bold projects (like going back to the Earth’s natural satellite). According to William H. Gerstenmaier, NASA Associate Administrator for the Human Exploration and Operations Directorate, a fluctuating budget is worse than a reduced budget, because most NASA projects need years to complete and it’s impossible to create a long-term plans with so much budget uncertainty. 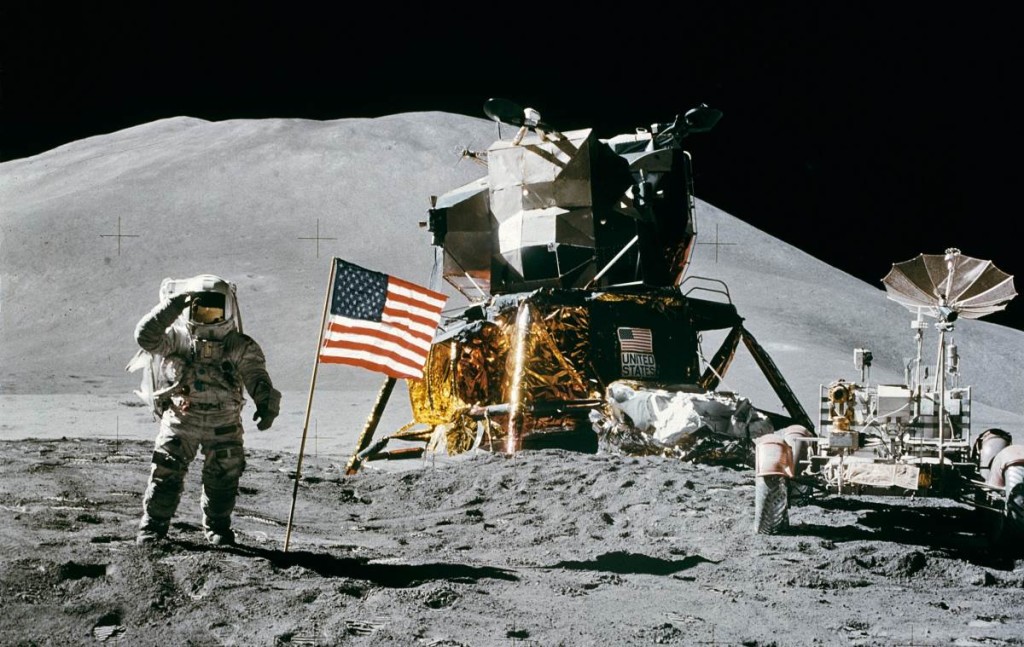 In the past, NASA avoided getting too much interference from private companies, but things have changed now. Now, the Agency has revealed that Earth’s satellite is back in their attention, and they are thinking of teaming with private companies that will provide the necessary funds to complete this mission. In return, NASA will offer these corporations some levels of property rights, so we may expect next Apollo mission to have an additional logo on the ship.

So far, NASA is working with Space X and Orbital Sciences Corp companies in a $3.5 billion transport contact involving the International Space Station. A recent report released by Bigelow Aerospace suggested that NASA’s future is in private funding, and the continuity of their programs depends on “clever public-private partnerships with the space agency.”

Here is the 40 years anniversary documentary about the Apollo missions, including interviews from the Apollo astronauts: