People are trying harder and harder to replicate human behavior and language with artificial intelligence and robots. The Kirobo talking robot is one of a kind, because it has the purpose to accompany astronauts in space, just like the robot from the “Moon” movie. It was transported by a H-2B ship (launched from the Tanegashima base) to the International Space Station (ISS). Accompanied by drinking water, food and other supplies necessary for supply the space crew on the station, this little robot is about 34 cm tall (13.4 inches tall), weights 1 kilo (2.2 pounds) and it was designed by the researchers of University of Tokyo. 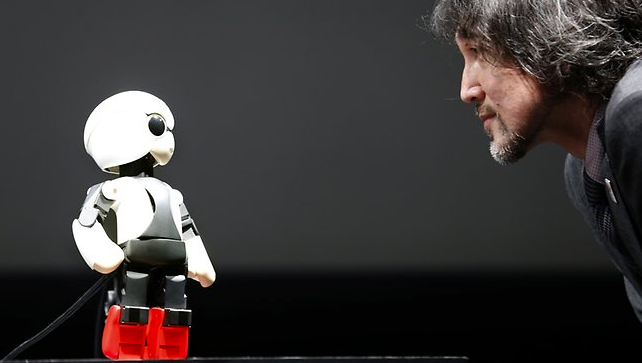 Kirobo talking robot is equipped with the latest voice recognition software of Toyota and it is expected to embody the future of human-computer relationships on Earth and in space.

The talking robot is able to use a much more natural language than its fellow robots, and it has a design that makes it rather cute and friendly. Its name, Kirobo, means “hope” and “robot” in Japanese. The project was founded by Japan Aerospace Exploration Agency (JAXA) who worked with various companies in order to complete the project.

Kirobo talking robot should be able to hold the conversation with Commander Koichi Wakata on the space station ISS.