The new HTC One M8 was officially presented today and I was pleased to see that most of the rumors that circulated in recent months have proved to be correct. Its specifications make this product a top Android device with outstanding design and top-notch features.

HTC One M8 Design
The new HTC M8 has a screen that’s slightly larger than its predecessor: 5-inch display on M8 versus the 4.7 inch display that’s present on the first HTC One. The M8’s Super LCD 3 display has a resolution of 1080p (441ppi) and one of the first things you will notice is that the edges around the screen are thinner, providing a more pleasant appearance. A new interesting change compared to previous model is the placement of the buttons. This time, the physical buttons have been replaced with buttons placed on the actual screen, so the overall dimensions of the smartphone were not changed, although the display is larger. 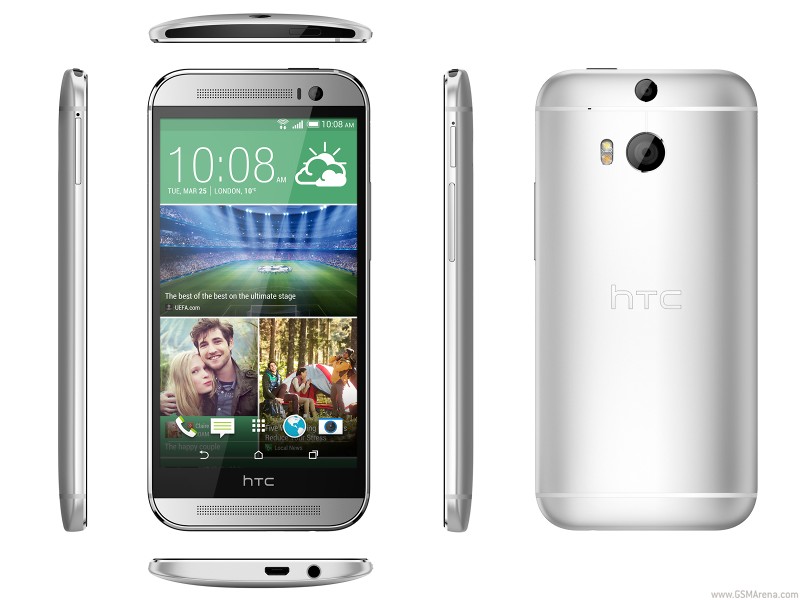 HTC One M8: Under the hood
HTC means business with this smartphone. Its case is made of metal in 90% percent, an improved design compared to its direct competitor, the Samsung Galaxy S5, that features a plastic case. The new M8 features a quad-core 801 Snapdragon processor clocked at 2.3 GHz (2.5 GHz for Asian version), Adreno 330 graphics and 2GB of RAM. There is plenty of power there to replace any PC used for productivity purposes.

HTC One M8: Storage Capacity
The HTC M8 is  available in two versions: with storage space of 16 GB and 32 GB that can be extended to 128 GB via microSD card slot. If you’ve had a HTC smartphone, you know that they’ve upgraded the classic Android OS with the Sense interface that adds more interaction and widgets on the home screens . That’s the case here, since the M8 runs Android 4.4 with a Sense 6.0 layout.

HTC One M8: The battery
The new HTC One has a 2600 mAh battery and there is a special power saving mode that allows you to use your smartphone in stand-by mode for 30 hours even if the battery is at 10% capacity. This special function comes as a response to S5’s “ultra power saving mode” that will keep the smartphone alive for 24 hours with 10% battery.

HTC One M8: the camera
HTC has packed the same 4MP camera that features UltraPixel technology, 1/3″ sensor, f/2.0 and 2 micron pixels. But there is a novelty in terms of camera: there is a secondary sensor that allows the device to calculate the relative distance of the subject and allows post-focus on the image. Just like the Lytro camera, you can focus on various parts of the image after you have captured it. Following the selfie trend, HTC decided to integrate a secondary camera with 5MP sensor.

HTC One M8: The Price
The new HTC One M8 will be available starting today in several versions: Gunmetal Gray, Glacial Gold, Silver and Amber. The price for the United States unlocked model is $649.

HTC One M8: The Video Review
If you want to see the smartphone in action, just check the following Youtube video posted by “Know Your Mobile” user.