Loon is one of the most ambitious research projects made by Google. With it, the U.S. giant wants to create a free WiFi Internet network for the entire planet. In order to achieve this goal, Google is using helium balloons to orbit at an altitude of about 20 kilometers and each balloon provides a coverage area of 1,250 square kilometers. 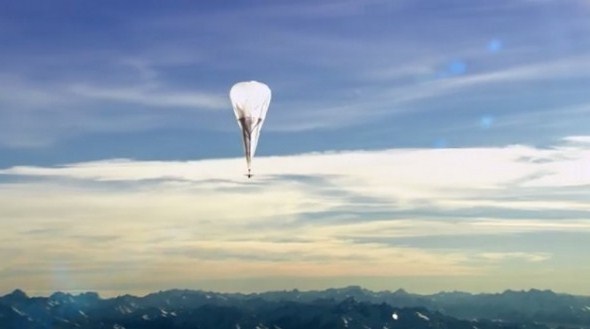 The project is in a testing phase and Google has made several simulations in order to see how their balloons will behave. New Zealand will be one of the first countries to enter in the pilot program of Google’s Loop. In the following video you will see one Google’s engineers, Cyrus Beroozi, explaining how the Internet balloons work.

New Zealanders who want to access the service need to use a special ground antenna to connect to the nearest balloon. The signal is then redirected from balloon to balloon until it reaches an Internet source on the ground. Antennas and the communication equipment are powered by solar panels. The solar energy is stored in batteries to keep them running at night. In the experiment, they will use 30 balloons equipped with equipment which provides Internet for 50 broadcast stations on the ground.

Stephane Boyer, a consultant on issues of information and communication technology, said he is convinced that Loon is a promising solution for worldwide free Internet, but a number of issues could limit the impact of large scale implementation.