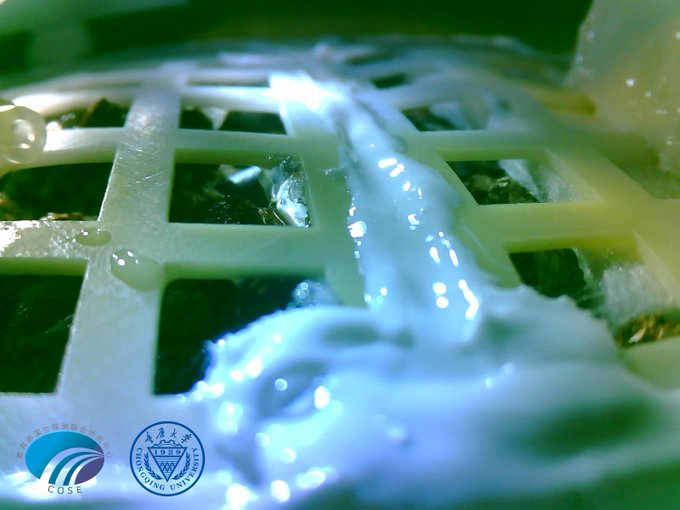 Chinese researchers have obtained the first cotton seed that were germinated on the moon. This a success of one of the experiments of the Chang’e 4 probe. The Chang’e 4 probe has succeeded in landing on the hidden face of the Earth’s satellite by setting a premiere in the history of space exploration.

According to the team of researchers at Chongqing University (Southeast China), the first cotton seeds that germinated on the Moon is the success of the first “mini-experiment” of the biosphere on the Moon. On January 3, Chang’e 4 probe landed on the hidden face of the moon for the first time in history. On board, it carried cotton, rapeseed, potato and gooseberry seeds, yeast samples and vinegar musk eggs to create a “mini-biosphere”.
The pictures sent by Chang’e 4 probe showed the sprouting of a cotton seed, the only seed that germinated so far. However, the process is not simple: temperatures on the surface of the soil can exceed 100 degrees Celsius per day and they can go down to minus 100 degrees at night in conditions of higher solar radiation. Also, there is less gravity on Moon compared to Earth.

Xie Gengxin, the Lunar Plant Experiment researcher, said that his team designed a container that would maintain a temperature between 1 and 30 degrees. Also, it allows the natural light to enter the container. The plants are fed with water and nutrients. This device is an 18 centimeter high aluminum cylinder, 16 centimeters in diameter, weighing 3 kilograms and costing over 10 million yuan ($1.47 million) .

However, these plants are not the first to grow in space. A NASA team has managed to achieve the growth of flowers on the International Space Station in 2016.

China has announced on Monday its intention to continue expanding its space exploration program. First, they will attempt to take some samples from Moon’s surface. Then, they have another mission planned in 2020 that targets Mars.