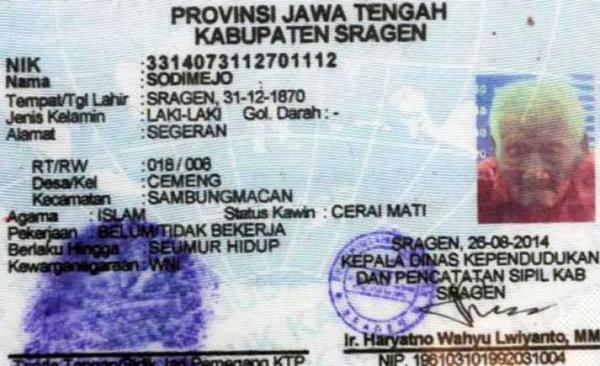 Mbah Gotho is from Sragen, Indonesia and, according to the papers, he is the oldest man in the world. According to his identity card, the oldest man on Earth was born in 1870 in the town of Sragen and he has 145 years old.

Mbah Gotho claims that he was tired of living and he was prepared for burial ever since 1992, his gravestone is ready and his mind set is in the right place. That’s understandable for someone that saw all of his family die (10 of his siblings, his four wives and his children). The man can no longer feed and wash himself in need of help.

If his official documentation is correct and if it can be verified by the International Longevity Alliance, the man should earn the official title of the oldest person ever. Until now, this title was held by French centenarian Jeanne Calment, a woman that lived up to 122 years old. The man says that the secret of his longevity is having patience.