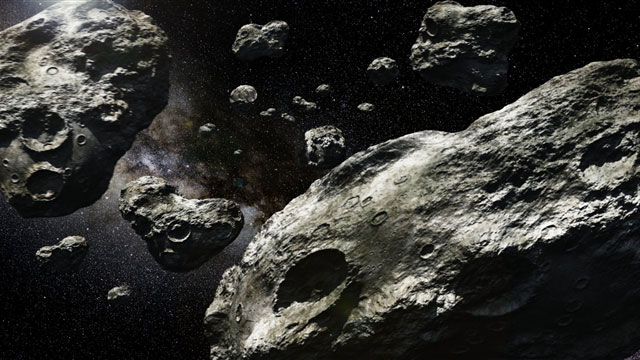 Do you feel safe? I mean, we live on a planet that’s hit by a major asteroid every 100,000 years or so, which compared to the average human life span, it means we are pretty safe, right? Well, after watching the following video you will probably re-evaluate your thoughts on this matter.

Scott Manley created a simulation that depicts the rate discovery of asteroids from 1970 to 2015 in 8K resolution. What you actually see in this simulation is the top down view of our inner solar system with 4 planets in the middle and Jupiter on the edge. The green, yellow or red spots represents the position of the asteroids. Their color indicates how close they can come to Earth. Green asteroids are crossing the main belt asteroids, yellow asteroids are crossing the orbit of Mars and the red ones are intersecting with Earth’s orbit.

As the asteroids are discovered, they are flashed. You may notice that most objects are being discovered opposite to the direction of the Sun, which makes total sense since astrologists are looking for these in the nighttime sky.