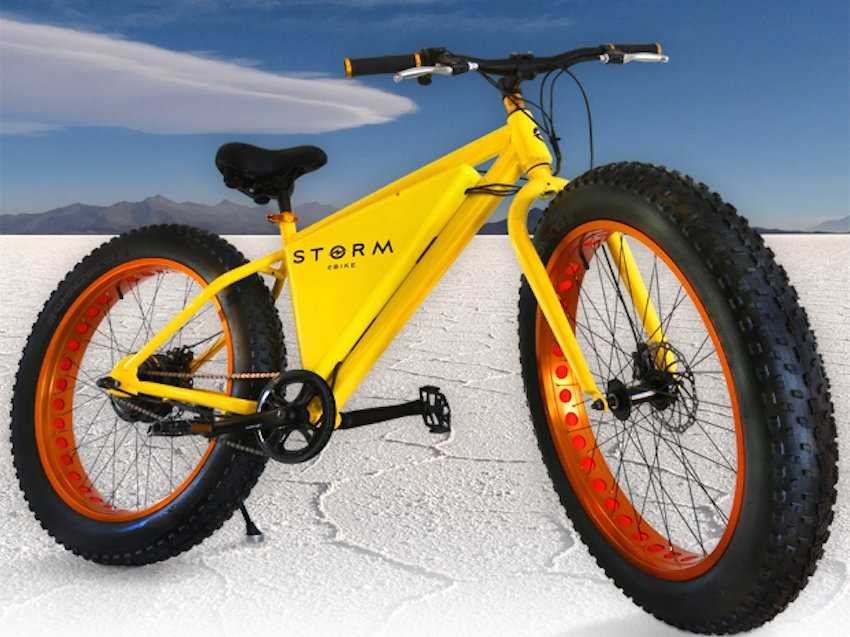 What if riding a bicycle would be the coolest thing anyone in the world can do? Well, in order for that to happen, the industry needs to be revolutionized. In other words, we need to see a product that would appeal to everybody while maintaining its quality and its premium feel. Somehow, it would have to shake the industry the same way Apple did with the iPhone back in 2009. I’ve added this intro because the bike I’m going to present in this post could actually be the next big thing.

Storm eBike is an electronic bike that was first introduced to the world through a crowd-funding campaign on Indiegogo, on February 1. The users absolutely loved it, they want to buy it, and the project managed to raise $3,281,444 of the $75,000 goal. I’m sure that the founders of the project, Storm Sondors and Jon Hopp, were taken by surprise by all this overnight publicity.

The Storm eBike is just perfect for someone living in the suburbs. You can ride it everyday to the office, you can go for a ride in the woods or you can take it to the beach. According to a techcrungh.com Storm review, the electric bike will work flawlessly on any terrain and it is worth your money.

The bike itself is pretty heavy, and if you want to take it on the subway or you need to squeeze it into tight spaces, then you should know that this is not the bike for you. But leaving all these aside, the Storm electric bike is really fun to ride, it has a smooth acceleration curve and an unique design. Although the tires may look weird for some, they give a great feel when you ride it, especially on rough terrain. The bike has a 350W powerful motor that will start with just one push of a button, and it will take you to where you need to go at speeds of 20-25 mph. Simple as that. The manufacturer says that it will need 90 minutes to fully charge and it has a maximum range of 50 miles per charge, which is pretty great actually, right?