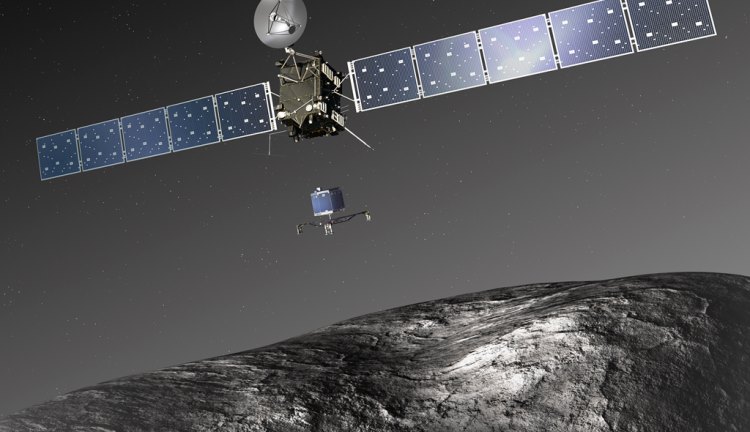 This wednesday, the probe called Philae that emerged from the Rosetta spacecraft managed to land on the 4km-wide “ice mountain” known as 67P/Churyumov-Gerasimenko comet. The event was broadcasted live from the European Space Agency. The descent and the landing were smoothly, as expected. Here’s a video about the mission:

The Rosetta space mission, which includes the laboratory probe/robot Philae, aims to collect samples from the surface of the comet, which will be later analyzed. Scientists hope to learn interesting information about the origin of the solar system and even about the origin of life on Earth.