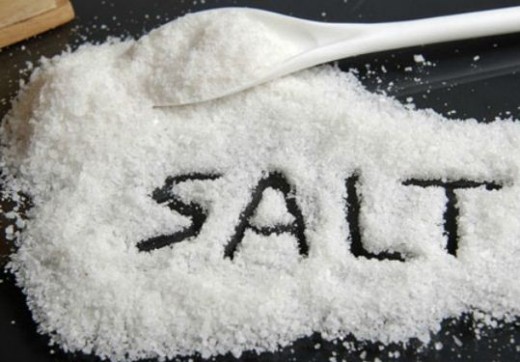 Three new studies on salt intake reveal controversial information: people that consume little amounts of salt to protect their health could be doing the wrong thing. According to a study on the rate of death and heart disease, diets that are very low in salt may be much less beneficial to health than experts previously believed. Furthermore, such a diet could pose a major risk factor.

The second study on the salt’s effects on blood pressure shows that individuals suffering from high blood pressure that ultimately decided to reduce the salt intake had no real improvement in time. Dr. Andrew Mente from McMaster University in Hamilton, Ontario, Canada said that although it was previously believed that health benefits will increase when the patient will reduce the amount of salt intake, both studies show that there is an optimal level of consumption, and anything less is not necessarily healthy.

On the other hand, a third study conducted by an international team supports the classical theory that there is a direct link between a low consumption of salt and a good health and did not find any evidence that a very low level of sodium in body would be dangerous. Although the results offer mixed conclusions, there is one thing that’s supported by the findings of all three studies: the salt in large quantities harm our body and we should avoid it. As you may already know, the high level of salt in the daily diet contributes to high blood pressure, stroke, kidney problems, strokes and heart failures.

All three studies were published in the Aug. 14 edition of the New England Journal of Medicine (http://www.nejm.org).

Worldwide, the daily intake of sodium is between three and six grams, which is 7.5 to 15 grams of salt. These values ​​are well above the intake amount recommended by the World Health Organization, which is between 1.5 and 2.4 grams of sodium per day. Getting back to our question, the answer is simple. There is no real danger if you eat to little salt, but you definitely shouldn’t eat more than 4-5 grams per day.

How much salt do you eat per day?