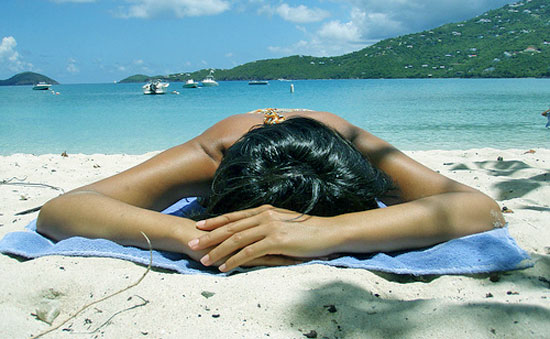 I was watching a YouTube video the other day about skin cancer and I had a true revelation: every time we get exposed to the sun without protection, we increase the risk of developing skin cancer. If it’s detected early, the skin cancer can be easily treated, but most people fail to recognize the signs that trigger this dreadful disease.

The World Health Organization (WHO) warns that various forms of skin cancer are developing faster than ever due to UV radiation and genetic predisposition. There are three types of skin cancer: basal cell carcinoma, squamous cell carcinoma and melanoma, the most severe form of this terrible disease. Most people don’t acknowledge the fact that if a type of skin cancer is diagnosed in its early stages, the chances of a successful treatment are higher. However, the lack of awareness on the need for periodic medical examination makes the problem worse, sometimes impossible to fix. Many patients see a doctor when the cancer is in advanced stages, when it’s destroying the tissue and it’s creating impediments in finding a suitable treatment.

Ultraviolet rays are the most dangerous

Melanoma is the most serious type of skin cancer and its survival rates does not look to optimistic. It is estimated that this year, in US, about 76,000 cases of melanomas will be diagnosed, of whom almost 10,000 patients will die. People with fair skin are easily exposed to sunburns and they should be careful on how they get their summer tan. Dermatologists believe that it is very important to know when to expose your skin to the sun. Sometimes, skin cancer can occur after years of exposure to UV radiation, not immediately. The general rules regarding sun exposure imply that we need to avoid getting a tan between 11.00 and 16.00, and it is essential to use protective creams as much and as often as possible

When you have to worry about skin moles

Skin moles can also lead to skin cancer. They usually appear on the body parts that are most exposed to the sun: arms, back, neck, face and ears. Rarely, they may occur on the scalp, breasts or buttocks. The genetic factor should also be taken into consideration. If your family has relatives who have had skin cancer and you have atypical moles, you should/must see a doctor. The assessment of moles is made in three to six months and it regards the moles’ color, the size and the form of the moles. People are reluctant when it comes removing the moles from the skin and they just don’t understand that this procedure could ultimately save their life. Women who are expecting a child should be more careful during the nine months of pregnancy, especially if new moles appeared on their skin. Under the influence of hormones, these moles can quickly evolve into cancer and the risk of late diagnosis is increased.

The negative effects of artificial tanning and tanning beds

It turned out that a session of artificial tanning is more dangerous than sun exposure. Young people (especially young girls) go to tan bed saloons because this is the trend, but the unfortunate consequences will be seen in time. Here’s the video I was talking about in the beginning of the article: