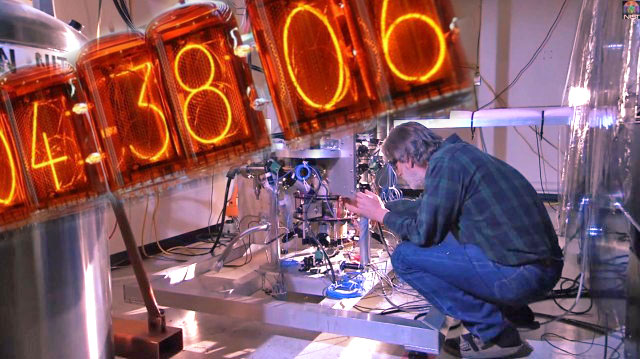 After 10 years of work at this project, the U.S. government decided to make ​​public the NIST-F2 , the most accurate clock in the world. According to its developers, the new atomic clock is three times better than the previous atomic clocks created before. Scientists at U.S. Department of Commerce’s National Institute of Standards and Technology (NIST) deals with standards and metrology for a long time and they say that the NIST-F2 will be used as reference for the official U.S. time.

But the NIST-F2 is not 100% perfect, because it will lose or gain a second in about 300 million years. Yeah, I know, it’s a lot of time for anyone living these days to be affected by that inaccuracy.  This new atomic clock is three times better than the previous model, the NIST-F1, which was released back in 1999. Both clocks use cesium atoms to measure the exact duration of a second and they are used to set the standard for the Coordinated Universal Time (UTC).

NIST clocks are essential to industry and the economy and Steven Jefferts, a NIST physicist,  believes that “unforeseen” uses of this clock will be discovered in the near future