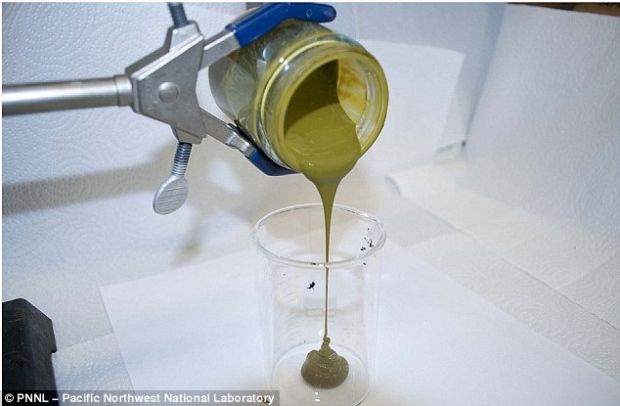 According to a prevision from 2010 made by a team of scientists at Oxford University, the world wide demand of oil will surpass the supply by 2015. So, we are one year away from the start of a crisis that was expected from some time. As you know, the petroleum is formed over large periods of time (millions of years), so there is no chance to wait for the natural reserves to grow again. We are dependent on oil to grow foods, to transport merchandise, to create tools and gadgets, to move in and out of the cities, to prepare meals, to explore the stars. So, if tomorrow there will be no more oil to use, we’ll be in big trouble.

Scientists are trying really hard to create alternatives to conventional oil that could fuel our future devices. A team of engineers at the U.S. Department of Energy’s Pacific Northwest National Laboratory have managed to turn plants into fuel in less than 60 minutes.

With the help of technology, scientists from Genifuel Corp. company have created a green color liquid with the consistency of pea soup. They are already working on a way to develop a factory for mass production of such type of oil. The technology involves filling a chemical reactor with algae, and in less than an hour they turn into oil, water and a product that contains phosphorus and can be later used for further algae growth.

Check the following video that depicts how the technology of transforming algae into oil works.