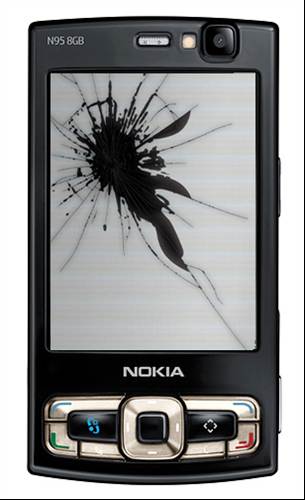 Ok, maybe the title is misleading because Nokia has not fallen into oblivion yet, but it really seems to lack that outstanding product that captures everyone’s attention. A long time ago, Nokia’s N95 was the most desired smartphone in town. It had such a advanced camera (5MP), the Symbian OS (which was great compared to other operating systems on the market), features like no other smartphone (not even the iPhone) and a display surpassed only by iPhone’s display. Now, the flagship devices from Nokia, the Lumia smartphones, are not even on the 4th place in the customers’ buying options. Nokia is faced with lower and lower smartphone sale numbers and I’m not sure things will change soon if the Finnish company continues with the current strategy.

What are the reasons for Nokia’s downfall?

In 2013, the smartphone market is dominated by Apple and Samsung, and they are fighting for the leading position for a few years now. If we can identify the reasons why Apple’s iPhone and Samsung’s S4 are so successful, we will probably spot a few reasons why Nokia is not.

Apple is appreciated by the customers because it has an attractive product that proved to be durable and better with every new upgrade. More than that, folks at Apple did a great job when they cultivated a marketing culture in the customers’ mind, creating a lot of anticipation before every iPhone release. Its main device is desired by so many people all over the world because it is reliable, it has a simple and attractive interface, because music fans are in love with iTunes, because there are so many available apps for it. Also, compared to Android or Windows Phone OS, in iOS things seem simple and glamorous. On the other side, Galaxy S4 is very successful mainly since Samsung has found a market opportunity in smartphones with large displays. Customers want to see more on their displays and S4 meets that requirement perfectly. Samsung has smartly filled a void in the market since S4 has all the features that Apple’s device may be missing: a large display, customizable OS, amazing CPU speed, external memory via SD, 12 MP camera and a removable battery. It may look like there is no place for other new devices in this 2-player contest, so why even bother? That is wrong! Sony has already built a super smartphone (Xperia Z Ultra) and it is trying to change the rules of the competition. We can deduct that as long as a desirable product with a proper marketing strategy is created, there is always room for a new smartphone in this battle of giants.

Now, let’s talk about Nokia. In 2002, Nokia introduced the Symbian Series 60 devices, and for 5 years it owned the leadership of the smartphone pack. Even when the first iPhone was introduced, back in 2007, Nokia was still ahead of the industry. Although Symbian was getting old and obsolete, customers loved the overall performances of the devices, remaining loyal to the brand. In 2010, Nokia’s CEO Stephen Elop released the Burning Platform memo, saying that “Symbian was undeniably on a downward trajectory”, although the sales were not that bad at the time. According to most people interested by this case, that move did a lot of damage to the company’s image. Next, Nokia was pushed towards Microsoft, relieving from duty all the previously developed platforms: Symbian, MeeGo and Meltemi. The transition to the newly adopted Windows Phone OS was supposed to be an attempt to transform the battle between iOS and Android into a “three horse race”. Instead, many of its high-end customers got lost into a corridor of uncertainty. The strategic failure didn’t stopped there, because Nokia was not paying enough attention at low-end competition, so they also got squeezed in that segment. Smaller manufacturers like HTC, Huawei and ZTE took a big bite from its low-end market. Mistakes like these proved to be fatal for a company that was already losing ground on every possible front.

Is Nokia going to make a comeback from its downfall?

Sun Tzu once said that “If you know the enemy and know yourself, you need not fear the result of a hundred battles”.  Maybe the Finnish company should clear the sketch-board right now and start over, using that quote as the foundation for finding an answer to its painful question. The comeback is possible and history has shown us that giants can be brought down to Earth. Nokia was a giant once, as Apple and Samsung are giants now. Things can change, and they will eventually change. The Finnish manufacturer can hope for a comeback, but not with the current strategy which is clearly not paying off.

If we take all the reasons and facts presented here, we can conclude with the following comeback guidelines:

In a further attempt to make things better, Nokia will soon release the Lumia 1020. The upcoming smartphone is not bad at all, but it feels like I’m re-watching the same movie where all the money is put on the camera. I don’t believe that’s the correct answer for Nokia’s current dilemma: “What do customers want?”.