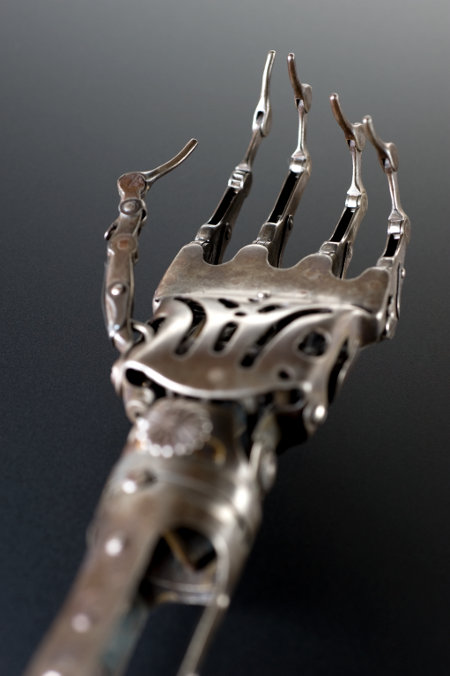 When I first saw these pictures, I thought they were just snapshots from another steampunk project made by a Terminator fan. After further research I found out that this prosthetic hand is actual real, and can be found in London Science Museum’s collection. The metallic arm was created in the Victorian age, and was probably used to replace the amputated hands of the war heroes. It is made from steel and brass and has many ways of articulating itself. 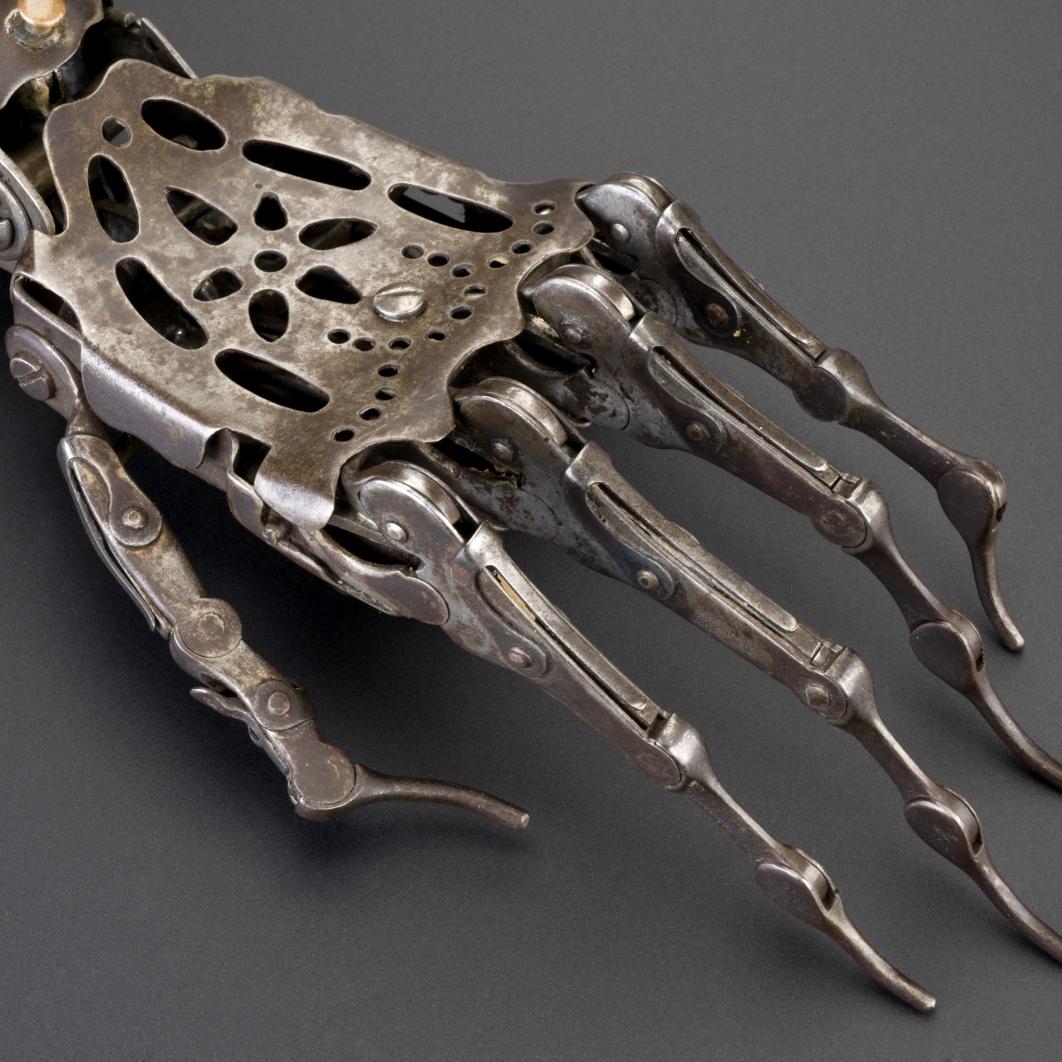 The upper joint of the wrist, the fingers and the elbow allows multiple motions, so the hand has some of the features of current prosthetic arms. It is believed that it was created somewhere between 1850 and 1910. Although it may look unpleasant, I believe that back then, the arm was covered with a leather glove. 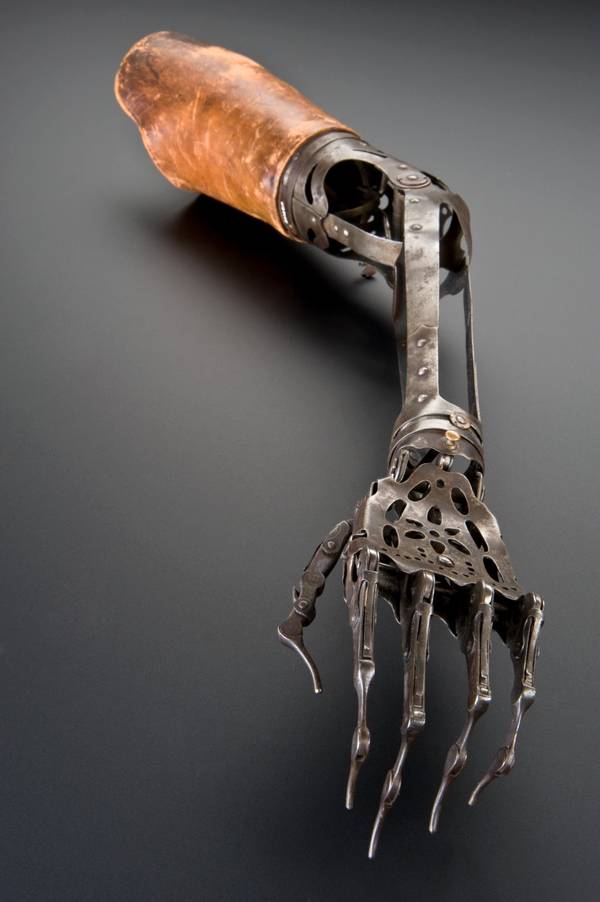 In the Victorian Era, amongst the most frequent reasons of amputation were severe wounds suffered in the battle field. Medics did not had enough knowledge on how to treat them, the antibiotics were not yet discovered, so they had to use radical solutions in order to stop the infection.

update:
Here is the medieval version of this artificial arm. It’s doesn’t look as menacing as the Victorian Hand: 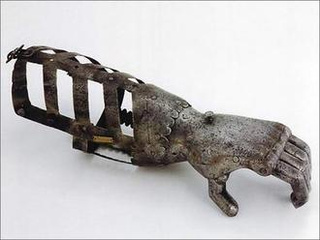 How it works. The blueprint: nlm.nih.gov